Pravin Gordhan withstood pressure 'from within ANC' to bat for Guptas 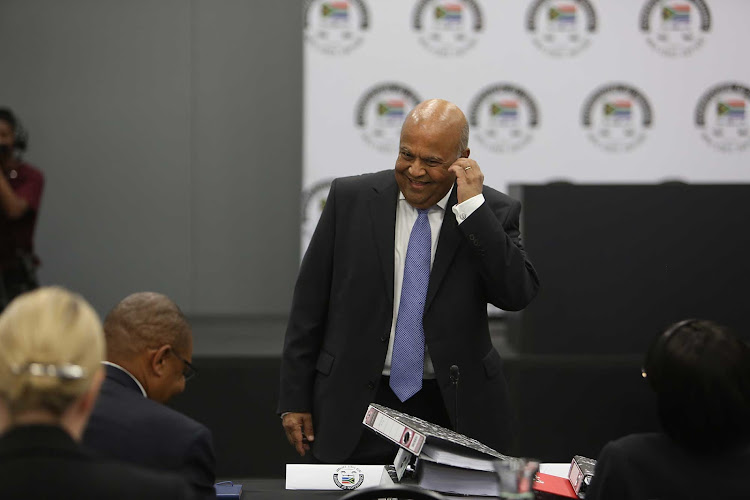 Public enterprises minister Pravin Gordhan said he refused pressure from business associates of the Guptas‚ as well as from within the ANC‚ to intervene when banks shut down the accounts of the family’s businesses.

Testifying before the commission of inquiry into state capture on Wednesday‚ Gordhan said in his capacity as finance minister in 2016‚ he had meetings with former Oakbay CEO Nazeem Howa to explain that neither he‚ nor the National Treasury‚ would intervene in the decision of the big four banks to shut down bank accounts of Gupta-owned companies. Oakbay had announced that its bank accounts were closed in April 2016.

"In relation to the pressure both from Oakbay Investments and from Nazeem Howa‚ we had meetings with him to explain to him in a gentle way that we will not‚ and cannot‚ intervene. There was similar pressure coming in from our own ranks in government. Neither I‚ nor Treasury officials‚ would meet the banks and intervene in this matter‚" Gordhan told the commission.

He also made reference to an interministerial task team set up by the cabinet – and chaired by former mineral resources minister and state capture-implicated Mosebenzi Zwane – to investigate the closure of the accounts.

"Second is the so-called subcommittee that Zwane chaired‚ and the pressure that stemmed from it required that‚ on the basis of legal advice‚ we do something illegal‚ and we refused to do that. We decided to approach the court to get clarity on this matter‚" Gordhan said.

"In my view‚ there was a political crowding-in of like-minded people who shared a common view. I would get very short notice of some meetings. Zwane appeared to declare himself the chair. I didn’t attend any of these meetings‚ understanding politically where it was coming from ... I refused to be part of that process."

Standard Bank’s head of compliance‚ Ian Sinton‚ told the commission in September that the bank was summoned to Zwane’s subcommittee‚ where it was pressured to retract its decision to close the bank accounts.

Sinton said the subcommittee suggested that banks should not be allowed to close accounts at their own discretion and that they‚ as ANC members‚ had the ability to change the law‚ making it illegal for the banks to do so.

The bank refused to rescind its decision to close the accounts.

Public enterprises minister Pravin Gordhan concluded his testimony at the state capture commission on November 21 2018. Gordhan revealed information about his encounters with the Guptas, among other things.