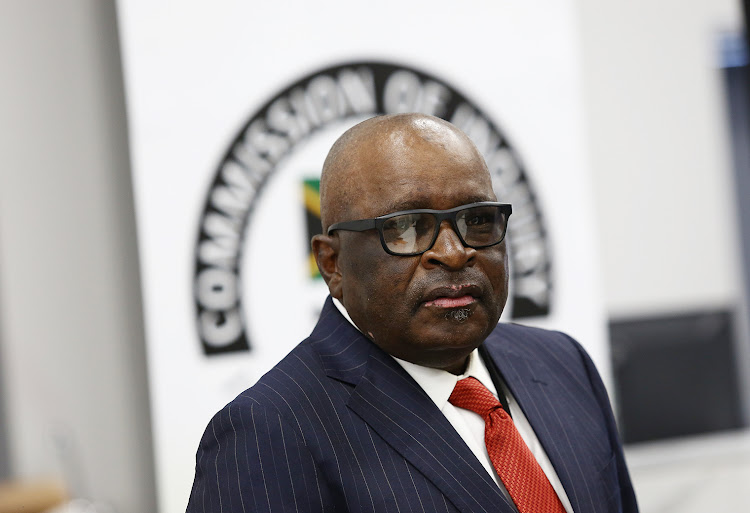 Ramatlhodi‚ who was testifying at the state capture inquiry on Wednesday.
Image: Masi Losi

Ramatlhodi‚ who was testifying at the state capture inquiry on Wednesday‚ said the former president’s son was insisting on a meeting with him after he was appointed in May 2014.

“I know Duduzane as a youngster from exile. But we became much closer when we arrived here at home. He was insisting on meeting. It was six months into my office at mineral resources. I realised maybe I should see him. I met him at St George’s Hotel during one of the National Executive Committee meetings.

“He said to me that it is a pity that we are meeting under the circumstances. He said there was a rumour he has heard from two sources that I have been badmouthing him and his business associates.

"I understood the associates to mean the Gupta brothers. He then said to me he told his father the story. He suggested meeting Ajay Gupta for me to explain. I said: 'I owe Ajay Gupta nothing'.”

Ramatlhodi said the meeting happened around the end of 2014. “He wanted to me to explain to Ajay Gupta that I did not badmouth them.

"My own reflection is that they have been trying to meet me for a long time and I was refusing‚ so they had to create a story‚” Ramatlhodi said.

He said the Guptas also requested a meeting with him via his then special advisor‚ Sam Muofhe. This was also declined.