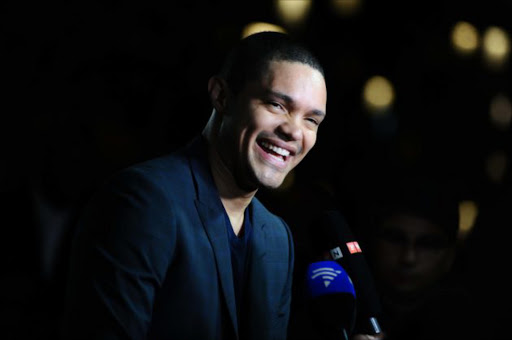 The international comedian has pledged to match donations from sponsors

Trevor‚ through his charity the Trevor Noah Foundation‚ this week launched a crowdfunding initiative to raise R4-million to pay for underprivileged matriculants to study further. The fund will also support teachers.

He said the goal of the initiative is to "achieve a 100% transition rate of the matric students into continued education".

Trevor pledged to match every donation rand-for-rand‚ a decision that could see him pay R2-million out of his own pocket to match the R2-million goal set.

The pledge page can be found HERE.

He said the idea stemmed partly from his own experiences.

"When my mother bought me a computer‚ it changed my world. It gave me opportunities I could never have dreamed of. It changed my life.”

Trevor raised over R78‚000 in the first 48 hours of launching the initiative from donors across the world.

To encourage people to donate‚ the comedian also offered donors the chance to win the following:

• 5 donors will receive a pair of VIP Tickets to the Global Citizen Festival on 2 December 2018 (#GivingTuesdaySA special! Only donations received by 27 November qualified)

• 1 Person will get a personal thank you tweet from Trevor