'It's not something that will be solved next week': Phakamani Hadebe on Eskom crisis 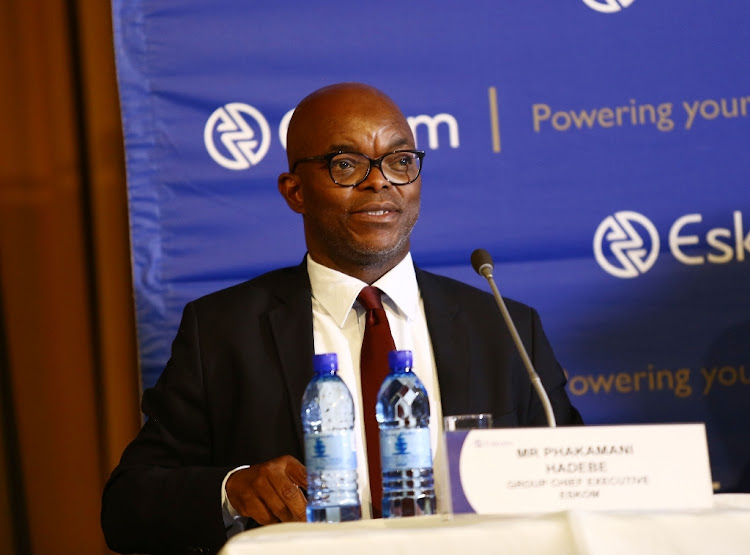 Eskom CEO Phakamani Hadebe says the power utility has been using diesel to keep the lights on, but that has now been exhausted.
Image: Masi Losi

Eskom CEO Phakamani Hadebe spoke to Radio 702's Clement Manyathela on Tuesday about what the power utility is doing to solve the current spate of power cuts implemented by Eskom.

Hadebe also spoke about the purpose of Eskom's load-shedding briefing, which was held on Tuesday.

Here are five telling quotes from his interview:

The purpose of the briefing

"We needed to explain to South Africans the challenges that we are facing for us to have gone on stage 4. In Johannesburg, the biggest challenge we are facing is all power stations that are falling through."

"The new power stations are not doing well. In fact, they are producing 40% of what is expected. What we have been trying to do to ensure that there is electricity in South Africa is we have been using diesel, but we have exhausted that diesel."

"We have a lot of power stations that are tripping because maintenance has not been done for quite some time."

"There is nothing wrong about government bringing in additional experts to come and assist in moving this thing forward. I think it would be very naive of us to say that we are the only ones who can solve it. What we are trying to do is to bring those who can help. We are willing to work with them."

"It's not something that will be solved next week or the day after, but when we have a fully developed plan that is going to take us to the short term and to medium term, then we will have dealt with the issue."

Minister of public enterprises Pravin Gordhan briefed the media on Tuesday March 19 2019 on the daily load-shedding currently affecting South Africa. He attempted to assure everyone that Eskom was working hard to keep the lights on.