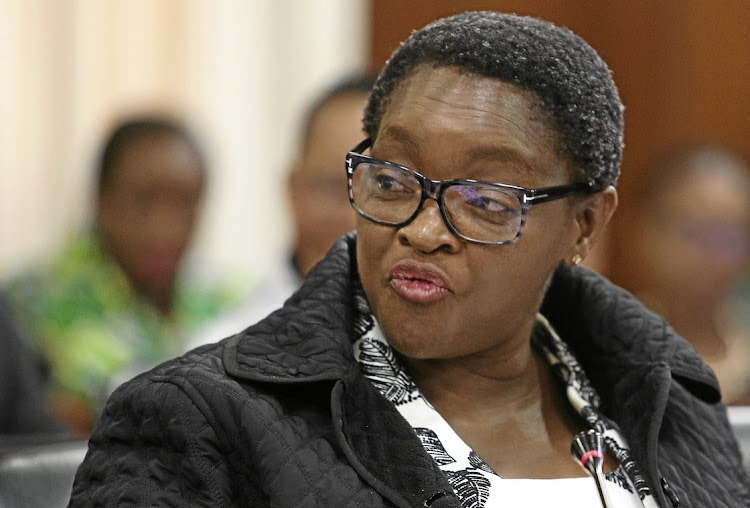 Bathabile Dlamini is on the ANC list despite her involvement in many controversies, including the 'travelgate' scandal, the social grants fiasco, absenteeism from parliament and R1m spent on private VIP security for her children.
Image: Ruvan Boshoff

ANC stalwart and member of the Ahmed Kathrada Foundation board Cheryl Carolus has called on South Africans to help prevent compromised individuals who appear on the ANC list from going to parliament.

Her call was backed by former public enterprises minister Barbara Hogan during a remembrance ceremony for the late former struggle hero Ahmed Kathrada at the Westpark Cemetery in Johannesburg.

Carolus said the foundation would up the ante to stop comrades "of smalanyana skeletons and frozen chickens" from getting into parliament.

The term "smalanyana skeletons" is associated with minister Bathabile Dlamini while the  Zondo commission recently heard how minister Nomvula Mokonyane accepted frozen chicken from Bosasa to do its bidding in government.

"We must take a clear stand to say that this thing of 'innocent until proven guilty' is nonsense," said Carolus.

"When the list gets published we as the foundation in our private capacities will try to shine a spotlight on those tsotsis who tried to steal the soul of this country for their own narrow interests."

Carolus said this was to help the administration of President Cyril Ramaphosa "clean up", saying expecting him to do it alone would be unfair.

"It is shocking to have people on lists who have lied to the Constitutional Court and yet still would, without shame, say 'innocent until proven guilty'," said Hogan.