Makana municipality is a city in deep crisis 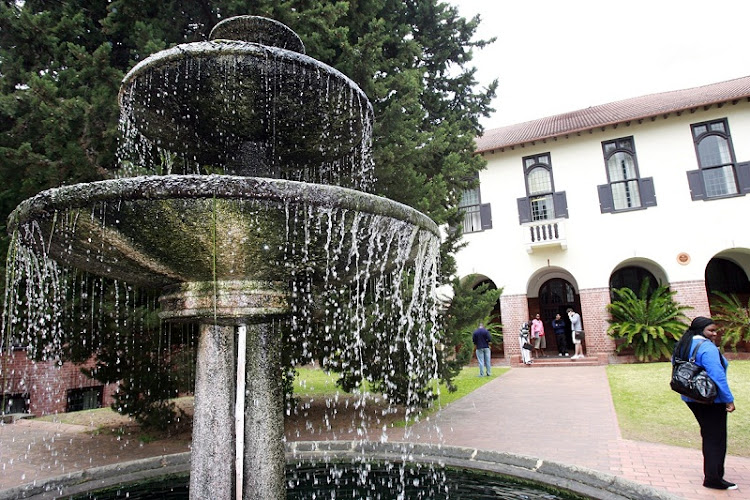 The city of Makhanda, formerly Grahamstown, is home to the National Arts Festival, Rhodes University, a nest of private and public schools, and a regional high court. It should be a lodestar for the impoverished Eastern Cape. Instead, headlines for the city’s first quarter of 2019 make for grim reading.

In February, open sewage swilled around the feet of residents in the east of Makhanda. With no potable water accessible due to throttling at the water treatment plant, the arrival of Gift of the Givers’ water trucks seemed messianic.

After local citizen and business groups filed an urgent application against the council and Eskom, the high court instructed Makana to fast-track another payment structure. However, this provided only short-term relief for citizens. Last week, news hit that by the end of April the dam that supplies the western half of the town will be empty.

Makhanda has buckled steadily over the past five years, and 2019 appears to be the tipping point for many residents. A rough online count reveals about 400 homes are for sale. And a local doctor tells the FM that he spends much of his time tending to depressed and anxious patients. Emigration forms are piling up on his desk, he says, awaiting his signature.

A crisis narrative has developed among residents, who express desperation and disgust on social media. But the actions of some residents — a group that spans economic, social and racial divides — provides a counterpoint; a triage of sorts.

Members of the Grahamstown Residents’ Association (GRA), Makana Revive and the Unemployed People’s Movement have mounted a civic fight-back in the form of peaceful protests, petitions, fundraising to pay private firms to fix the roads, volunteering to collect refuse during the strike and court action.

Unity such as this does not simply happen, even in a time of crisis; the GRA has worked hard over the past three years to involve its members in underserviced areas and give voice to the more marginalised.

Makana municipal council 'will not be broken up despite crises', Masualle

Premier Phumulo Masualle says a complete dissolution of the Makana Municipal council would not be justifiable, given all the efforts being put in ...
News
3 years ago

The perception that its members are "the DA side of town", says GRA chair Philip Machanick, is slowly changing. "When I first arrived the politicians and miserable officials just did not want to talk to people like us, but now we are starting to build to some degree a working relationship."

This relationship is, however, constantly put to the test. In 2014 the municipality was put under administration by the then minister of co-operative governance & traditional affairs, Pravin Gordhan, after he listened to the city’s civic groups. Five years on, Makana has failed to take back the reins of sound fiscal management. Apart from its debts to Eskom (R51m), Amatola Water (R36m) and the department of water & sanitation (R38.4m), the cash balance for operational expenses presents an urgent problem: since 2016, the municipality has at any time had just six days of cover, where good practice is three months’ worth. Its cash balance in 2018 was R13.5m, down from R91.3m in 2015.

In late 2018 civic groups rallied again and succeeded in deposing the then mayor, Nomhle Gaga. And their fight continues, with a pending high court case to dissolve the administration likely to be heard in June.

Makhanda fights to stay lit up

Eskom will go ahead with its threat to cut off Makhanda (Grahamstown) on April 2.
News
3 years ago

All things considered, the city and its people are broken. "When I look at balance sheets of our members I wonder how people here are surviving," says Richard Gaybba, chair of the Grahamstown Business Forum (GBF).

Mayor Mzukisi Mpahlwa concurs. He bemoans the fact that he is still in crisis-management mode. While people are living with "sewage flooding their homes, I have no space yet for strategic thinking", he says.

Mpahlwa says he is committed to rooting out incompetent, corrupt and ghost municipal employees and officials who have doomed the town through years of patronage projects and financial mismanagement. But the face of failure is shifting and hard to pinpoint: over the past five years, six CFOs and 10 municipal managers have presided in permanent and acting positions.

While the prospect of serious waterborne diseases keeps Mpahlwa awake at night, new CFO Gerard Goliath’s nightmares feature the litany of financial botch-ups, in particular an overspend on operating expenses of R73.3m for 2018 (or 16.9% — above the National Treasury’s deep-water line of 15%, indicating poor and impaired operating controls).

Makhanda in denial over water crisis

The academic city of Makhanda is teetering on the edge. The full extent of its water management disaster is finally being revealed by the Amatola ...
News
3 years ago

Goliath attributes this to impairment of debtors and depreciation charges, which are noncash items. He is also clamping down on overtime and incorrect budgeting around the capital budget, which resulted in unacceptably low spend on basic services and large infrastructure projects, such as roads and water infrastructure. Just over 78% of the 2015 and almost 50% of the 2018 capital budget was not spent. Goliath says incompetent officials "allocated in-kind items in their own budgets where other spheres of government are responsible for expenditure".

Perhaps he will find clues in these line items to support his bid to unravel the patronage network that has allegedly drained the cash flow. There are also plans to convert everyone to prepaid electricity meters to control revenue collection.

But will these corrective measures be enough to ensure the city is still standing in five years? On straight numbers, the answer is “no”.

If Makana continues on its present course, spending just 1.57% of its capital budget annually on repairs and maintenance of ageing infrastructure, the current crisis will only deepen through further service disruptions and expensive decay. As long as Makana officials cannot actualise provincial capital allocated to the city, raw sewage will continue to flow.

But add the human element to the equation, and things look more positive. Key stakeholders tell the FM how very connected they feel to the social fabric of the city. Says Mpahlwa: “I want to invite positive-minded individuals with influence to form a think-tank for coming up with solutions.”

As a first step, he has asked professor Jeff Peires, a local historian and apartheid-era activist, to draft a concept document.

A 105-year-old homeless Makhanda woman has been promised her first RDP house by a private construction company.
News
3 years ago

However, Makhanda’s “individuals with influence” will need to look beyond a similar initiative that imploded in 2017. The administrator who was parachuted in — and paid a cost-to-company amount of nearly R3m for nine months on a three-day work week — did not deploy the solutions proposed by academic, business and civil society representatives.

But it wasn’t just ineptitude that sank the project. “Levels of polarisation, distrust and mutual ignorance in people from both sides of the economic and social divides led to the death of the project,” says Peires.

He likens it to Agatha Christie’s Murder on the Orient Express: “Everyone conspired to murder the victim.”

Peires says the new entity will need to be nonpolitical but have the authority to work at the executive level of local government.

For his part, Gaybba is willing to reconvene the think-tank, but he cautions that others might be more wary.

Be that as it may, while the GRA has made slow inroads in its nonracial ethos, many members of the business community, in Gaybba’s view, have a “terrible” attitude.

“If all you do is sit and worry about the municipality and national government, then pack your bags and head for Perth,” he says. “When you come here to a town like Makhanda, you learn how to face the problems and find solutions. This is a brilliant testing ground for making it work and what happens here will happen in the rest of the country.”

Gaybba admits the city is on a precipice. His own estate agency has felt the pain, with pricier homes not selling. He thinks the only way for businesses to survive is to adopt ethical and sustainable approaches by, for example, investing in their communities — as Carara Agro Processing, Makana Brick and GBS Mutual Bank have done.

GBS chair Owen Skae says: “Because we’re not a transactional bank we cannot compete on interest rates. But for a small Eastern Cape bank, our assets of R1.5bn are still growing. This is because here we stick to old-fashioned customer-care principles, where a handshake seals a deal.”