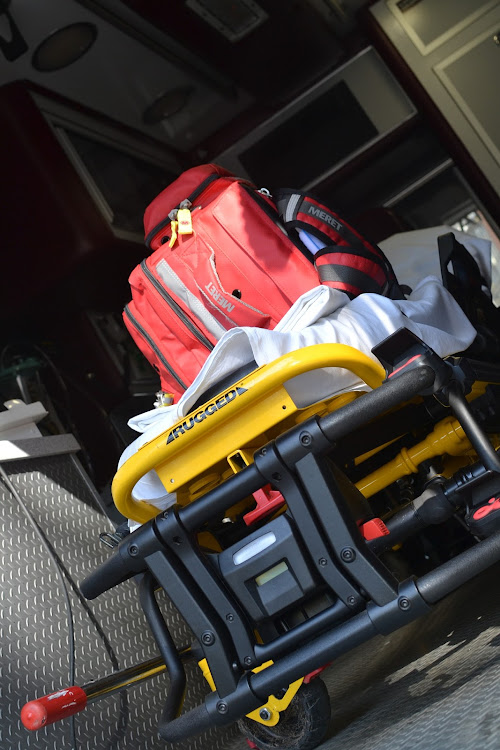 Two Eastern Cape emergency medical services (EMS) paramedics have been suspended by the provincial health department after allegedly failing to assist a heavily pregnant woman into a waiting ambulance in 2018.

The woman eventually gave birth while trying to walk herself to the ambulance. Her newborn child fell to the ground and died before she could reach the ambulance, which was outside her yard.

The two officials were suspended last Thursday after they had allegedly refused to assist the 33-year old woman into the ambulance.

The woman, of Humansdorp’s Nomzamo township, is now considering suing the department after meeting her legal team this week. The matter, which occurred in August, has also been reported to the Bhisho legislature’s health portfolio committee.

The pair, based at an EMS base in Humansdorp, cannot be named as attempts to contact them were unsuccessful at the time of writing on Tuesday.

“The allegations from the complainant are viewed as serious offences. After the officers submitted their reports in this regard, it was decided to suspend them whilst a thorough investigation is being conducted.

“The suspension letters were issued to the members on April 11 and their suspension will be reviewed after 30 days, or pending the outcome of departmental disciplinary processes,” Sicwetsha said.

The woman, who asked not to be identified, said her ordeal started on the morning of August 26, when she called for an ambulance after experiencing severe abdominal pains.

She was seven months pregnant at the time.

“The ambulance with two male officials was very quick to arrive. My boyfriend was outside the house trying to direct them to where I was.

“Upon their arrival, they refused to get out the vehicle to help me into the ambulance. They told my boyfriend to help me get in the vehicle. When he told them that I was unable to walk, they told him to assist me while they remained in the vehicle. After numerous requests to the officials for help, we received assistance from a female neighbour who helped me walk towards the ambulance. I was struggling and felt dizzy.”

She said as she struggled to walk towards the ambulance, her water broke and blood ran down her legs.

“I used my skirt to hold whatever was happening from dripping down. In that process, I became unconscious and was no longer able to control the situation. It was then that my newborn baby fell to the ground”.

The woman alleged when she finally made it to the waiting ambulance, “the Afrikaans speaking official came to us and asked what had happened, and we replied that we just involuntarily delivered the baby”.

The woman said the official gave her boyfriend a white cloth to wrap the baby, “while the Xhosa-speaking official told me to go back inside the house and change the clothes I was wearing”.

She further alleged that while inside the ambulance, she and her baby never received any treatment or “heard a word” from the official who was sitting with them.

When they arrived at the Kouga Partnership Hospital, “I was told to walk from the ambulance to the hospital without any help, and I used a towel to hold the blood that was now coming out heavily”.