Pupils locked out of school toilets by 'unpaid' contractor 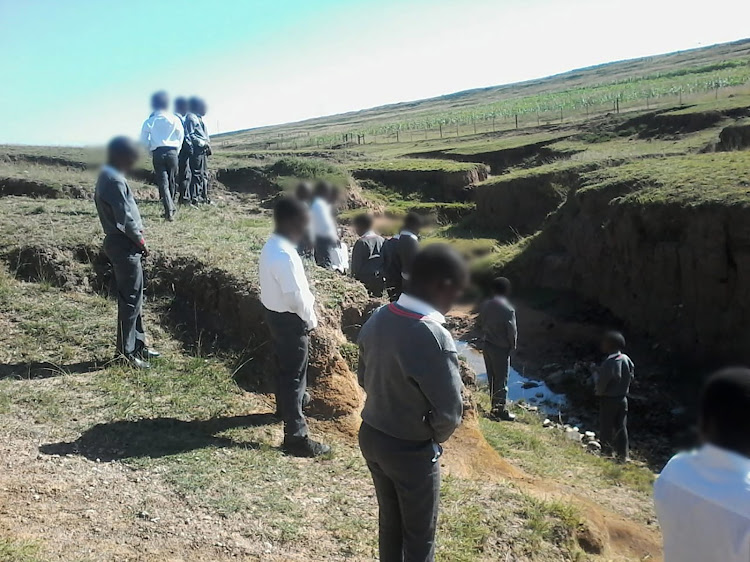 Pupils and staff from Tantseka Junior Secondary School in Mthatha relieve themselves in the open veld or neighbouring houses, this after the contractor who built the toilets locked them saying he was owed millions of by the department of education.
Image: SUPPLIED

Hundreds of pupils and staff at four Eastern Cape schools have been forced to relieve themselves in the open veld for the past two months.

This is not because there are no toilets, as is sometimes the case at some schools, but because the subcontractor who built the pit latrines at the Mthatha schools has padlocked them because he claims he is owed “millions of rands”.

As a result, Tantseka has reduced teaching and learning time by two hours.

The department of education has referred the matter to its legal department, saying the contractor, Siyaphambili Trading 98 cc, is impeding on the pupils’ rights. 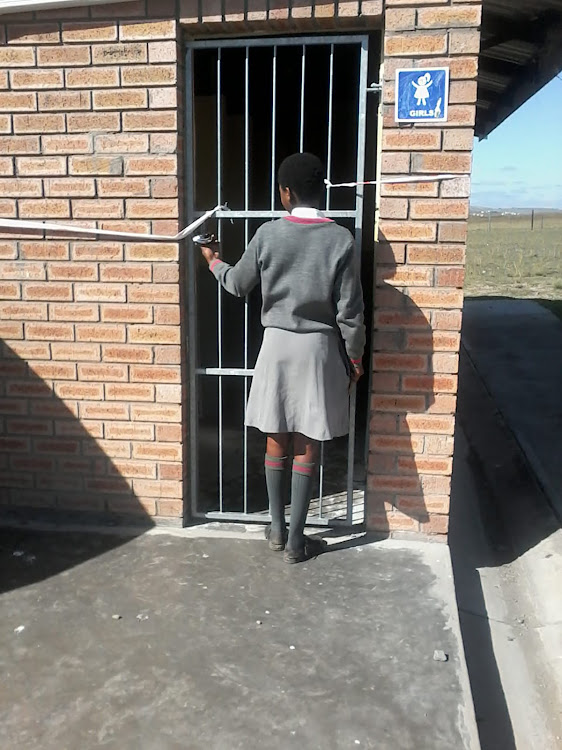 LOCKED UP: Despite having toilets on site, pupils and staff from Tantseka Junior Secondary School in Mthatha are forced to relieve themselves in the open veld after the contractor who built the toilets locked them.
Image: SUPPLIED

This is while Mvula Trust, a non-profit organisation that won a multimillion-rand contract in 2012 to build pit latrines in rural schools in the Eastern Cape and KwaZulu-Natal, claims the only money due to the subcontractor is a final payment which it refused to acknowledge and sign for.

Jerry Sifanele, the owner of Siyaphambili Trading 98 cc, told the Dispatch he had indeed put “strong” padlocks on the four blocks of toilets at each of the schools on April 3. This was three years after completing construction and not being paid the outstanding money that he claims is owed to him.

“I will only unlock those toilets once they have paid me,” he vowed, adding that he checked on the toilets daily to ensure they remained padlocked.

Sifanele said he was appointed by Mvula in 2015 to build four block of toilets – one block for Grade R pupils, one block each for the boys and girls and a block for staff members, at the schools.

“I completed the toilets in 2016. During construction I only received a partial payment. I do not want to disclose the exact amount still outstanding, but it’s millions of rands,” said Sifanele.

However, Mvula’s spokesperson, Mashao Mohale, who also would not say how much was being claimed or how much they believe was due to the company, said there had been a delay in the final payment because Sifanele had disputed the amount.

Mohale said to date, the subcontractor had been paid amounts equivalent to the actual work performed on the projects.

“The Mvula Trust will not succumb to tactics that seek to undermine the processes stipulated in the contract and illegally pay the contractor the amount of money for the work not undertaken,” he said.

Lotto’s funding arm gave R10m to employees of Pretoria lawyer Lesley Ramulifho for “sanitation projects” at 15 schools, but the street address of his ...
News
3 years ago

Responding to Mohale’s statement, Sifanele said: “They are fooling around. If it’s true, why don’t they go and open the toilets?” Provincial education spokesperson Malibongwe Mtima said the matter was referred to the department’s legal section.

“The contractor’s action is illegal. He has a contractual obligation not to be impede on people’s rights to dignified sanitation,” said Mtima.

When asked why the department did not just break the locks, Mtima said: “It does not have be an official from the department who breaks the locks, the teachers, principals and the school governing body have the right to break them.”

The filthy state of public toilets

President Cyril Ramaphosa was in Buffalo City Metro to launch his green deeds clean-up campaign on Friday, but he did not include the appalling state ...
News
3 years ago

Sifanele said teachers broke the keys at some point but he pleaded with them not to do so as his fight was not with the schools but the education department.

The principal at Tantseka, Raymond Maxwebisa, said they had been forced to cut the school day by two hours.

“We cannot keep the kids and the staff here for long, their health and wellbeing was at risk. The situation has become unbearable – the stench has became unbearable,” said Maxwebisa.

He said teachers had to walk about 500m to get to the nearest house to use the toilet.

“If they are pressed they have no choice but to do like the learners and go to the open veld,” said Maxwebisa.