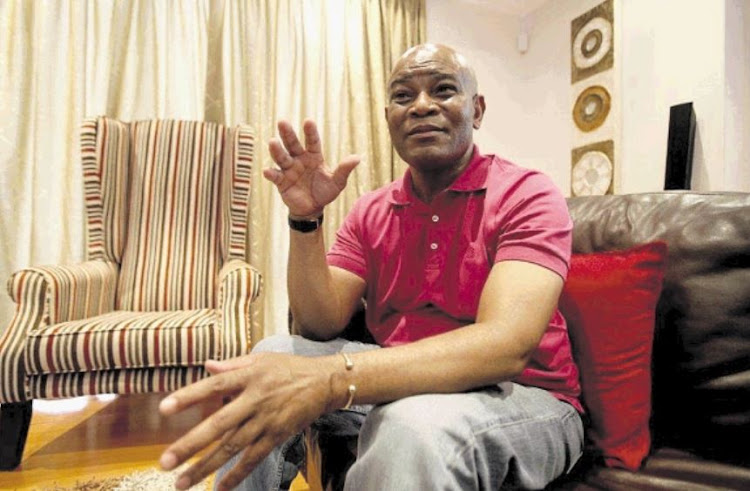 Businessman Peter-Paul Ngwenya's use of a derogatory racial term was meant to insult and "dehumanise" his former best friend Fani Titi.

This was the argument presented by the state on Wednesday during closing arguments from the prosecution and defence being heard in the Randburg Magistrate's Court.

Ngwenya, who spent almost five years on Robben Island, is facing charges of contravening a protection order and of crimen injuria for allegedly calling Investec chair and long-term friend Titi the k-word in a text message.

The conflict between Ngwenya and Titi stems from a business deal that turned sour.

Ngwenya allegedly called Free State-born Titi a "Qwaqwa k*****" and a "Bantustan boss" in an SMS that was intended for MRC Media managing director Aqeel Patel. Ngwenya told Patel, "You will bleed," and said Titi would "see his mother" - regarded by Titi as a threat to his life.

"It is disingenuous to suggest that the accused [Ngwenya] really believed that he could call Titi a Qwaqwa k***fir without causing serious harm to his dignity," said prosecutor Yusuf Baba.

Black skin is a licence to use K-word, says Sibusiso Peter-Paul Ngwenya

When is it OK to call a black person the K-word? Any time you like - as long as you're also black.
News
3 years ago

"The use of the word was clearly intended to insult and dehumanise Mr Titi and was clearly experienced by Titi to be extremely injurious," Baba argued.

He said it was "unimaginable" that Ngwenya thought it was morally acceptable for people of the same race to call each other k*****.

"The accused wanted to convince the court that the word can be used among black people and that it only amounts to crimen injuria if used by racist white people."

When he took the stand earlier in the trial, Ngwenya denied being aggressive or swearing at staff when he allegedly stormed into an office demanding to be paid.

But Baba, in his argument, said evidence presented by the state showed that Ngwenya was aggressive.

"He went to the offices of MRC and set the scene for disaster," Baba argued.

"The alleged pleasant conduct of the accused is also inconsistent with the police coming to the office and confronting the accused," said Baba.

The prosecutor said Ngwenya's denial of being aggressive was also inconsistent with the two text messages he sent to Titi and Patel.

"The SMSes expose a build-up of anger."

When he went to the MRC Media offices, Ngwenya knew he was in violation of a protection order which prohibited him from contacting Titi and Patel, Baba argued.

"The accused knew what it meant, with the term 'not to deal directly or indirectly', with the complainants."

Baba asked the court to disregard Ngwenya's version as it could not be reasonably, possibly true.

"There is one thing that Ngwenya can argue; that he is not racist. But he can't lose sight of the choice of words he used in the SMSes and the fact specific reference was made about where each complainant came from.

"The court must not lose sight that people lost lives because of ethnic fights."

"The constitution didn't create levels when dealing with discrimination," he added.

The landmark court case that could determine whether black people can be criminally charged for using the k-word as an insult has been postponed for ...
News
3 years ago