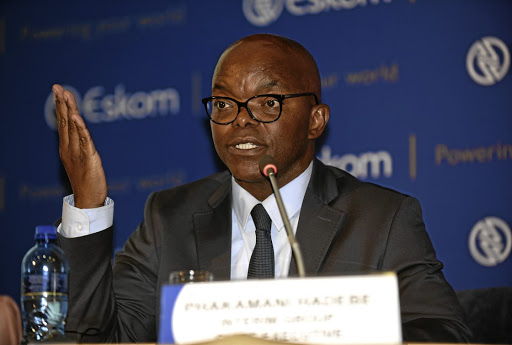 Eskom CEO Phakamani Hadebe has resigned from his position.

A statement issued by the power utility on Friday said that Hadebe would serve notice until the end of July.

He cited health reasons for his resignation.

"It is no secret that this role comes with unimaginable demands which have unfortunately had a negative impact on my health. In the best interests of Eskom and my family, I have therefore decided to step down, “ Hadebe was quoted as saying.

"It has been a privilege to serve South Africans as the Group Chief Executive (GCE) of Eskom. I am humbled and grateful to have contributed towards the stability for an organisation that is critical for our economy. I am particularly grateful to the board, the EXCO, and all our employees for their resilience and support during this journey," he added.

Eskom board chairman Jabu Mabuza described Hadebe’s resignation as a huge loss to the company.

"We have learnt to depend on his resilience to drive the kind of transformation that South Africa expects of our organisation. Appreciating the toll that this takes on an individual, we have had to, with regret, accept his decision" he said, thanking him for his contribution to the company.

Eskom will finish building the troubled Kusile and Medupi power stations, despite running far over budget and behind schedule.
News
3 years ago

'It's not something that will be solved next week': Phakamani Hadebe on Eskom crisis

Eskom CEO Phakamani Hadebe says the power utility is willing to work with experts who are willing to help.
News
3 years ago

“It’s going to be a huge struggle ahead of us to actually overcome this crisis.”
News
3 years ago

ESKOM: Government to pour R69bn more into a sieve