I did not ask her age, says ‘husband’ of 13-year-old bride 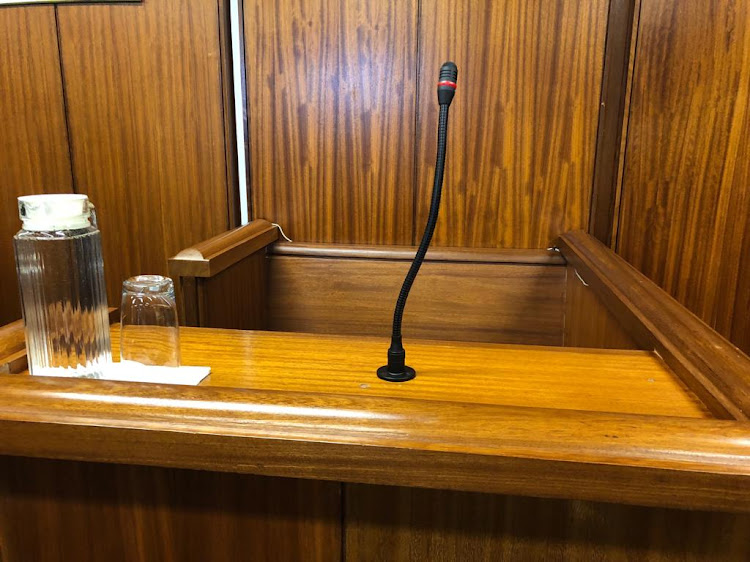 The man accused of buying a 13-year-old girl to be his wife is testifying in court. File picture
Image: Deneesha Pillay

A man accused of buying a 13-year-old girl as his wife claimed on Monday that he had never asked the child her age.

The man, who is not being named to protect the identity of the girl, said: “I didn’t ask her for her age.

“I never told her my age and she never asked me for [mine].”

Testifying in his own defence in the Port Elizabeth High Court, after the state closed its case last week, the man said he had met the girl over the phone when he called his 46-year-old niece living in Bizana.

He alleged that his niece was helping to find him a wife and when he had spoken to the girl after she answered the woman’s phone, he told her that he wanted a wife.

Port Elizabeth schoolgirl Wendy Beyi’s terrifying final moments of being dragged around by her braids before being struck with a cinder block were ...
News
2 years ago

“She said she wanted to get married because she was alone there [in Bizana], that she didn’t have parents and that she wanted her own home,” the man claimed.

The girl, who has the mental capacity of a nine-year-old, was living with the Greenbushes man’s niece at the time.

She had gone to live with the woman after her 63-year-old uncle agreed to allow her to go to Bizana where she could continue with her schooling.

The girl’s mother died in 2010 and she had been living with her uncle until she moved to Bizana in 2015.

By March 2016, lobola negotiations were in place for the girl to marry the 61-year-old.

According to the man, the girl showed interest in getting married and allegedly told him she loved him after they had met face to face.

The meeting was alleged to have taken place after he paid her family R14,000.

During their first meeting in person, in Bizana, the man took the girl to his rural home just outside Bizana where they stayed for two days.

At his home she cooked and cleaned for him, which he says she wanted to do.

The man said he could not recall how many times he had spoken to the girl before he proposed to her and had discussed the proposal with the woman she was living with.

The Eastern Cape is in “big trouble” when it comes to human trafficking.
News
2 years ago

Asked by his defence counsel, attorney George Malgas, if at any stage the woman raised concerns about the marriage, the man said no.

He said he had contacted his 63-year-old sister and told her about the marriage which she allegedly did not oppose.

“We were happy and in love and we were going to build a home together.

“I told her that I loved her and she responded that she also loved me,” the man said.

After lobola negotiations had started the girl was taken out of school because, according to the man, he did not want her to go to school and after they got married she would be allowed to discuss finishing school with him.

By October 2016, the girl was sent to Port Elizabeth from Bizana to live as the man’s wife.

It is alleged that during her time in Port Elizabeth the man raped the girl numerous times.

All three accused – the “husband”, his sister and the girl’s aunt – face two separate charges of human trafficking while the man faces two additional charges of rape.

At the start of the trial the uncle pleaded guilty to one trafficking charge but denied guilt on the other charge.

The Greenbushes man and his sister pleaded not guilty to all the charges against them.

- This story was first published by The Herald