Broken sewers and plants have the stink of official neglect 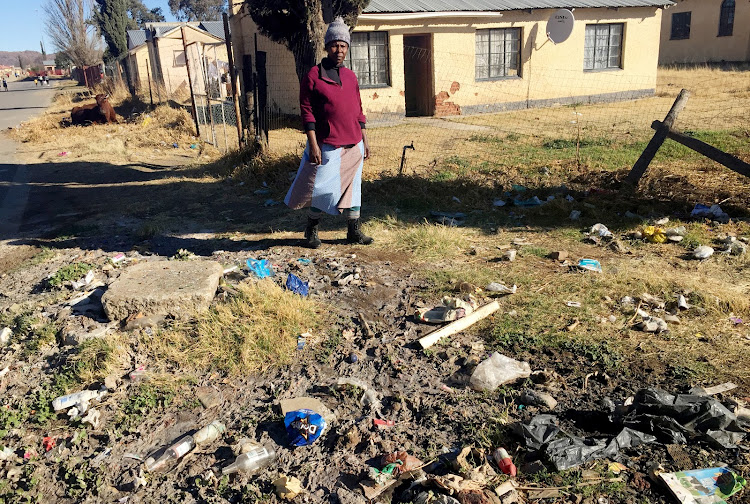 All Nosamkelo Mbangi wants in life is equal respect and treatment for rich and poor.

However, Mbangi, who lives and works in KwaMlungisi township in Komani, says the Chris Hani district municipality’s pump constantly spews out thousands of litres of raw sewage in the area every day.

The stench affects all 500 homes in her neighbourhood.

At work, where she is a child minder, she lives with the same ordeal – a broken sewer spills permanently across Mntuyedwa Street to the main road.

Next door is Nonesi Primary School, where scores of township kids study and play.

Both sewers are broken. One pollutes her workspace, the other her home before unloading straight into a river that connects to Klaas-Smits River, which makes its way to the Great Kei River.

Mbangi is appalled. This environmental abuse is happening in one of the province’s proudest and oldest townships. To her it stinks of state neglect.

WATCH | Waking up to smell, sounds of sewage

The thunder of sewage being pumped into the Klaas-Smits River is so loud it wakes residents of KwaMlungisi in Komani every morning.
News
2 years ago

She jokes darkly that she could turn a letter into a little sailing boat and post it into the broken sewer at work “and someone could pick it up next to my place down this stream”.

She says the river of sewage never stops flowing.

“You would never smell this in the places where rich people live, some of them politicians and municipal officials.

“But where the poor are, we are experiencing this.

“In this country we’ve been dehumanised. We are made to live like pigs,” she said.

She said they had been reporting the crisis to the local municipality “for years”.

The only answer they got was that it was not their problem, but that of Chris Hani district municipality, which was the water and sanitation services authority in the area.

This was a common complaint heard by the Dispatch investigation team as we travelled across the province.

Broken waste treatment plants and sewers are supposed to be maintained by the district municipality.

Most of the people’s complaints were directed at Chris Hani and Amathole district municipalities.

Yet the Dispatch investigation reveals their ability to fix these catastrophes is close to zero: these municipalities’ water and sanitation maintenance departments are on the brink of collapse.

Mbangi said she had never, “not for a single day”, seen any officials or employees of the government at any level coming to attend to their problems.

In KwaMlungisi, the Dispatch team saw pupils walking within inches of the septic pools around the broken sewer.

They seemed oblivious to the serious health risk it posed.

Mbangi said: “It is not right that the children are so used to this. During their breaktime kids eat outside as they smell this. What about their health?”

Chris Hani district spokesperson Thobeka Mqamelo acknowledged that there were problems in the area.

“Fixing of blocked or broken sewer lines are attended to as and when identified or reported. It remains the district municipality’s commitment to ensure that sewer spillages are resolved timeously,” she said.

In addition, she said “while repairs and maintenance are conducted regularly, the dilapidated infrastructure continues to pose serious challenges in many parts of the district”.