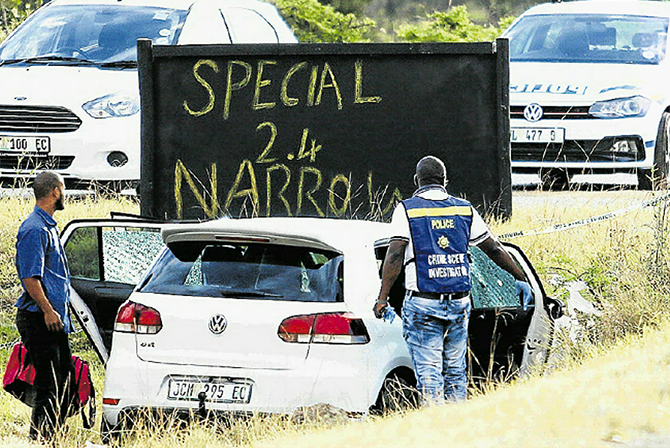 The policeman accused of shooting and killing a  boxing champion  and injured her mother in East London, has been arrested outside Peddie.

The 37-year-old who had fled the crime scene in a hired white Mercedez Benz, was arrested after crashing into another vehicle on the N2 where a person was killed.

An Eastern Cape world boxing and karate female champion has been shot and killed, allegedly by her policeman boyfriend.
News
2 years ago

" Because the incident started in East London and spilled over to our area, the province will be dealing with this."

Commander of the Eastern Cape police spokespersons Bridagier Thembinkosi Kinana, said a statement will be released at a later stage.

Eastern Cape provincial transport department spokesperson Unathi Binqose said: "The officer survived and is under arrest for a crime committed earlier as he was on the run."