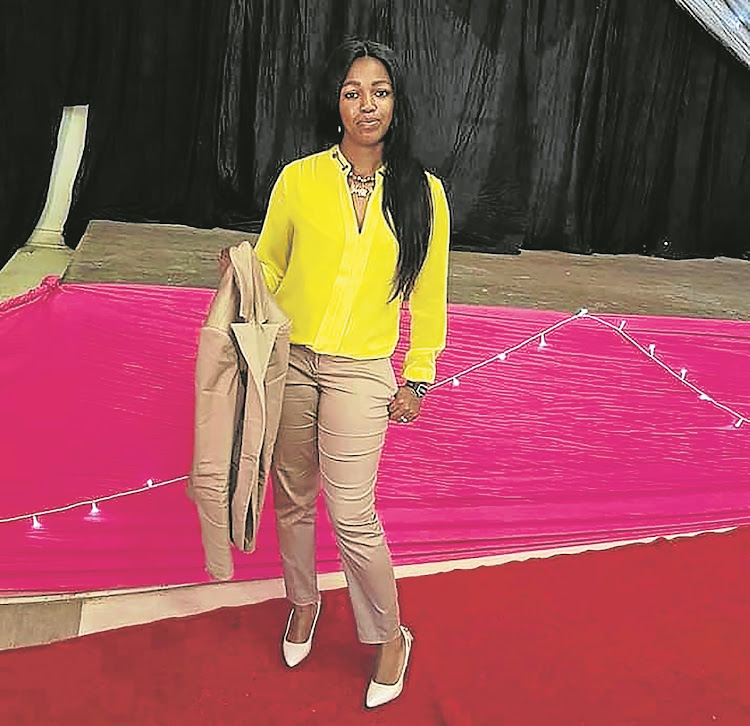 The missing ANC PR councillor and Mhlontlo municipality special programmes unit portfolio head – who disappeared while hitchhiking in the Eastern Cape at the weekend - has been found at a food outlet.

"I don't have all the details, I am communicating with the family, but she is alive," he said on Wednesday.

Asanda Nini reported that she was found alive in King Williams Town late on Wednesday.

Family spokesperson and friend Nosicelo Putye said details of what happened to her were still sketchy as she was still resting and they had had no time to chat.

Putye said social development MEC Siphokazi Mani was there when Ludidi was found.

Ludidi, a former ANC Youth League OR Tambo regional treasurer, disappeared on Saturday while hitchhiking from Tsolo to see a boyfriend in Port Elizabeth.

She was believed to have disappeared around the Bhisho area and a massive search for her was launched on Tuesday and Wednesday.

Police spokesperson Capt Khaya Tonjeni said in a statement on Wednesday night that the councillor was found "alive and unharmed" at 4.30pm.

"She allegedly managed to travel from Fort Beaufort to King William's Town where she was found. She has been taken to a place of safety and will be medically examined and counselled for trauma as soon as possible. The police investigation into her mysterious disappearance continues."

He said provincial commissioner Lt-Gen Liziwe Ntshinga "could not hide her delight when the news reached her".

The commissioner thanked the police units and team members "who did not sleep, working hard on this investigation as well as the love, support and concern that came from all walks of life especially members of the public".