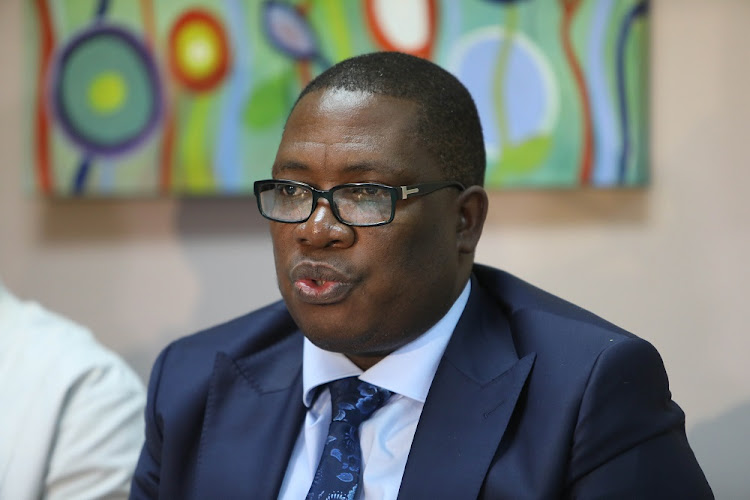 Six-year-old Amy’Leigh de Jager will soon return to class at Kollegepark primary school – from where she was snatched and a teacher was arrested in connection with her abduction.

Her return, in about a week, was confirmed during a media briefing at the school in the Vaal region by Gauteng education MEC Panyaza Lesufi on Thursday. Lesufi said the school governing body (SGB) had decided to "immediately suspend" the teacher implicated in the kidnapping. "I endorse this decision," he said.

The Grade RR teacher joined the school this year.

Six-year-old Amy'Leigh de Jager was kidnapped at school on September 2 2019 by four men and loaded into a white Toyota Fortuner. Her grandfather, Martin Brouwer, spoke out about how the ordeal impacted their lives and describes the relief the family felt when they saw Amy’Leigh for the first time after the incident.

The school’s management confirmed at the briefing that due process had been followed in the appointment of the teacher. She was interviewed and reference checks were done.

Lesufi thanked parents for not removing their children from the school and expressed relief that Amy’Leigh was found safe.

SGB chairperson Andries Pienaar said parents arrived at the school on Thursday to thank the staff. "The police did a marvellous job here and we would like to thank them," he added.

Pienaar said the school was shocked and disappointed that one of the arrested suspects was a teacher at the school. She was well known in the community, he added.

One of three people arrested for the abduction of Vanderbijlpark schoolgirl Amy-Leigh de Jager is a teacher at Laerskool Kollegepark.
News
2 years ago

"During the interview process, she was the top candidate and received the highest score. She also received a good reference from the previous local school she worked at," he said.

Pienaar said the arrested teacher's mother was also a respected teacher: "This has really shocked us."

He said disciplinary proceedings would be instituted against the teacher.

Meanwhile, teaching at the school continued as usual on Thursday. "This afternoon we had a cricket match," said Pienaar.

Lesufi said the department would attend court proceedings on Friday when the teacher and other suspects were expected to make a first appearance.

Police have made three arrests in the case involving the kidnapping of Amy-Leigh de Jager outside the Kollegepark primary school in the Vaal on ...
News
2 years ago

Amy’Leigh’s parents have met the school and confirmed that she will return.

Two women, aged 27 and 40, and a 50-year-old man were arrested at their homes in Vanderbijlpark on Wednesday night in connection with the kidnapping.

Here are four questions around Amy-Leigh kidnapping:
News
2 years ago

Amy-Leigh de Jager's kidnappers were prepared to settle for R1,000 to cover transport costs and R5,000 in cash, as the net closed in on them.
News
2 years ago

Finding Amy-Leigh: Community banded together to search day and night

Community policing forums in and around Vanderbijlpark joined forces and searched from pillar to post to help track kidnapped six-year-old Amy-Leigh ...
News
2 years ago