#CrimeStats | Crime nation: What the stats reveal about us

By Ernest Mabuza and Andisiwe Makinana - 13 September 2019
As grim as the murder statistics are for 2018/19, the increase in murder was half the rate it was in the previous reporting period, said minister of police Bheki Cele.
Image: ESA ALEXANDER/SUNDAY TIMES

Shockingly, there were 736 murders committed by children.

The murder rate is the equivalent of just under 58 people killed every day on average in South Africa in the past year, with 114 rapes reported every day.

Children make up 46.5% of all reported sexual assault cases in South Africa.

The weekend (Friday to Sunday) is when 60% of the murders in the country are committed. If you include Monday, that figure goes to 70%.

"There is a very high number of people murdered by people they know," Cele commented.

“Why do people behave like they are coming from the moon on weekends?” Cele wondered. He said police are seeking help from experts, including sociologists, in a bid to find answers. 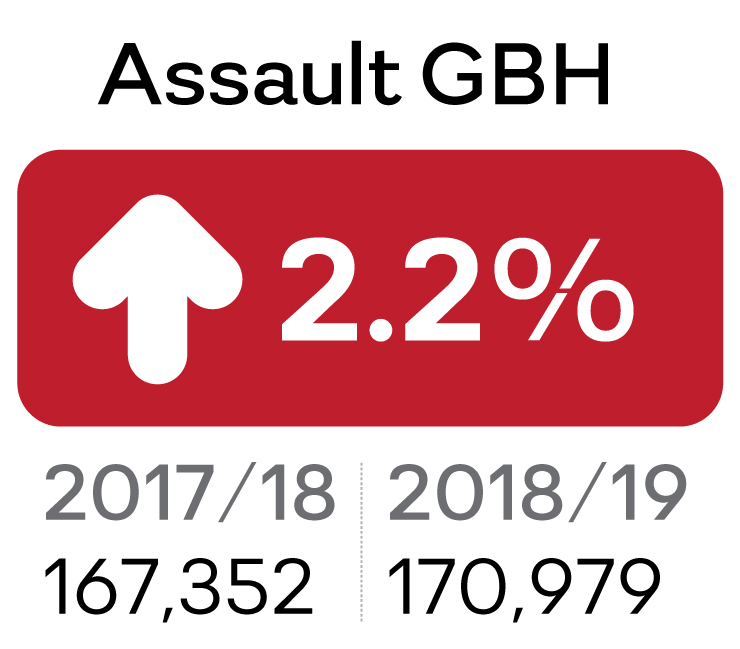 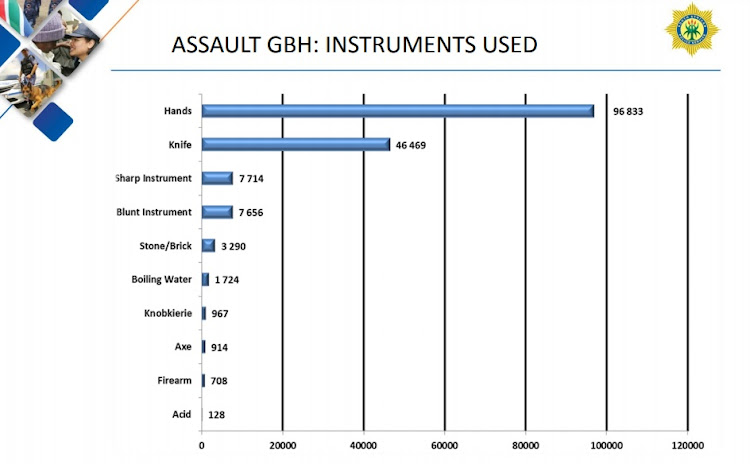 There are some crimes that go beyond policing, Cele commented. Referring to the case in Mpumalanga where a mother killed her four children, he said, "It’s classified as murder but we are looking at getting a new code for it. Because police can’t police that."

All provinces have recorded increases when it comes to contact crimes.

Nyanga station in the Western Cape leads when it comes to the "trio crimes": car hijacking, robbery (residential), and robbery (non–residential).

But Gauteng has 19 police stations featuring in the top 30.

There were 47 farm murders in 41 incidents.

WEAPONS AND REASONS FOR CRIMES

A 23.1% decrease in cash-in-transit heists was recorded while a 1% increase was noted in aggravated robbery with 140,032 cases.

Most (5,098) of the more than 16,000 car hijackings that were reported in the year occurred in townships.

More than 1,500 cars were hijacked in city centres, 110 on national highways, 97 in suburbs, and one at a port of entry.

The most car hijackings were reported at Nyanga police station in the Western Cape.

The statistics revealed that 12,857 drivers were threatened with a weapon of some kind, mostly a firearm.

#CrimeStats | SA's children are killing, assaulting each other

A whopping 736 of the 21,022 murders recorded by police in South Africa between April 2018 and March 2019 were committed by children.
News
5 months ago

In 12 cases, a brick was used while in five other hijackings an axe was the weapon of choice.

At least 351 drivers reported that hijackers had "knocked on the window or another part of the vehicle" to hijack them.

In 14 cases, objects were thrown on the road as part of the modus operandi.

In 51 cases, hijackers used a fake stop and go detour to target their victims.

The most hijacked vehicles were Toyotas, followed by Volkswagen. According to the statistics, Chrysler was the least-hijacked car, with three taken in the 12-month period.

Looking at the weapons used in murders, the SAPS data reveals that firearms are most common (7,156) followed by knives (4,720), unidentified sharp objects (1,552) while in 506 cases, a brick was used to attack the victim. Bottles, sticks, sjamboks and pangas (machetes) were also used while in 68 cases, the weapon was fire/matches.

Hands and knives/sharp instruments were the two highest contributors of instruments used for attempted murder.

Among the causes of murders were domestic violence (1,115 cases) and mob justice/vigilantism (789).

Domestic violence ties with gangsterism for the second-leading cause of murder, with personal arguments being the primary reason.
News
5 months ago

The Institute for Security Studies (ISS) noted that domestic violence tied with gangsterism for the second-leading cause of murder in South Africa, with personal arguments being the primary reason.

Almost 60% of women who are murdered by their partners are shot dead, which shows the importance of tighter controls of gun licences, the ISS said.

The DA's Andrew Whitfield highlighted gender-based violence and attacks on children as serious causes of concern. He said:

"Police need to display extreme professionalism in dealing with victims of crime and we need higher police visibility in crime-ridden areas."

Most house robberies were committed over weekends between midnight and 4am, during which robbers threatened victims with firearms and knives.

Overall, the Institute for Security Studies said, the increase in armed robbery (by 1,668 cases to 140,032, up 1.2%) was the result of a rise in street robbery. Street robbery has increased consistently over the past seven years, with 39% more incidents than in 2011.

Other types of robbery such as cash-in-transit heists, hijackings and business robberies are down, said the ISS. However, almost 60% of all reported armed robberies took place in streets and other public places with 80,215 cases recorded in the year under review, the anti-crime watchdog organisation said.

To increase the effectiveness of policing, a good start would be to "clean out and strengthen crime intelligence – an urgent requirement to tackle criminal networks behind most robberies, and enable evidence-based policing," said the ISS.

Staff shortages at the Hawks and National Prosecuting Authority also needed to be addressed as a matter of urgency.

Cele said the murder statistics that started being recorded since the start of the democratic dispensation were at around 31,000. It had been going down by 1,000 each financial year from then and even went down by 2,000 around 2010/11.

It started going up again around 2012.

“There were good practices that were dropped.”

He says that as grim as the murder statistic is for 2018/19, the increase in murders had been halved as compared to the previous financial year where murder had increased by 1,300.

“We have halved the murder increase.”

Asked on Thursday when, and whose, heads would roll, he backtracked, saying: “The heads can't roll because they are expected to shift back or reverse the stats. Allow their heads to reverse the situation, especially with murders”.

Parliament's portfolio committee on police said policing should shift from being responsive to being more more preventive in order to curb crime.

Mthatha is the murder capital of the Eastern Cape.National crime statistics released in parliament by police minister Bheki Cele on Thursday show the ...
News
5 months ago

"This can be achieved through the intensification of collaboration with communities,” said the chairperson of the committee, Tina Joemat-Pettersson.

“We have to accept that police alone cannot fight crime as they are at the far end of the cycle, and solutions must be directed towards the root causes of criminal behaviour,”  Joemat-Pettersson said.

The Police and Prisons Civil Rights Union (Popcru) noted that a total of 2.1-million crimes were recorded this financial year, down from the 2.9-million recorded in 2018. Despite the overall decline, it highlighted the increase in sexual offences.

"The increase represents two extremes; firstly a sign that there is, unlike before, an increased number of victims, mostly female, coming out to report the pervasive abuses they face, which represents progress in that perpetrators can be held accountable and a determination of these increasing ills can better be understood so as to develop possible mechanisms in addressing them, but on the flipside, a bleak picture about the extent of the challenges women face behind closed doors," said the union's Richard Mamabolo.

". . .There is a need to develop educational programmes that change boys’ and men’s attitudes towards girls and women," he said.