Tons of rubbish lies strewn along the busy Old King William’s Town road as truck drivers continue to dump their waste outside the Roundhill landfill site in Berlin. 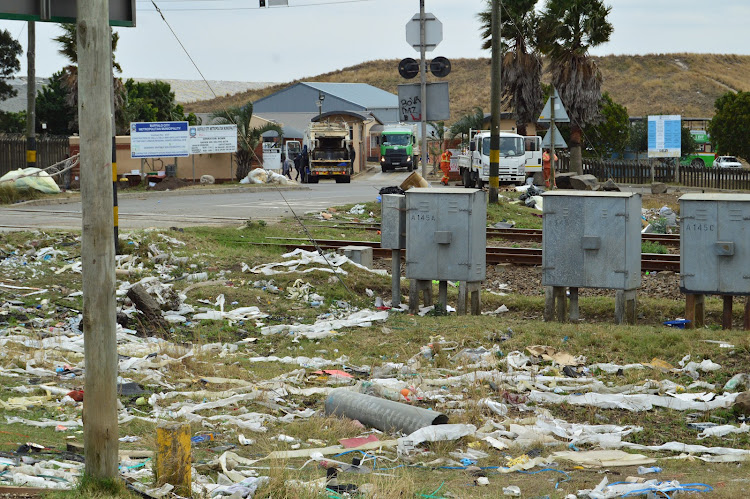 This is despite a commitment by Buffalo City Metro (BCM) to clean up the area, as residents from nearby Nkqonqweni Village, motorists and animals are subjected to the health hazard.

BCM spokesperson Samkelo Ngwenya told DispatchLIVE in August that BCM would, in the first two weeks of September, clean outside the Roundhill landfill site, “and ensure that private solid waste collectors refrain from the current unacceptable conduct that causes poor housekeeping outside landfill site [sic]”.

However, when DispatchLIVE visited the area on Thursday, it remained an eyesore.

A concerned motorist, Dumisani Mhani said: “There was no cleanup in that area, it’s been dirty all these weeks.

“Nothing changed. I was driving there on that road today and I saw trucks dumping outside the site.

“I’m really worried about the cattle. Even if they don’t come near the site, that rubbish blows away with the wind and goes inside the village where the cattle should be grazing freely. 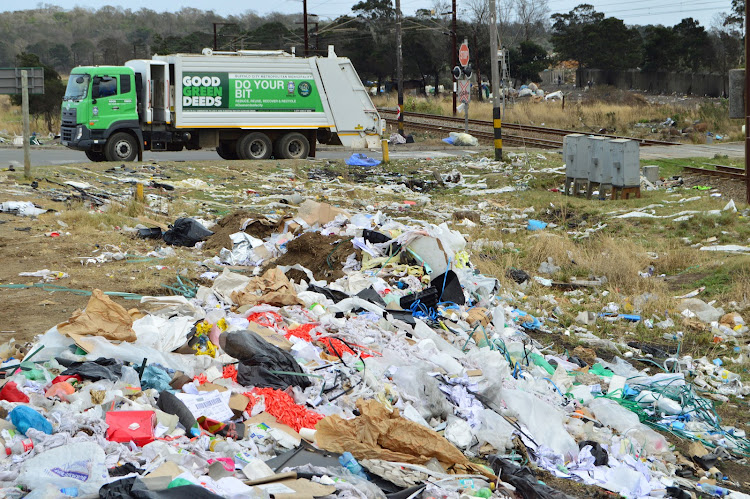 Rubbish strewn across the ground outside the BCMM Disposal site in Berlin.
Image: RANDELL ROSKRUGE

“We are pleading with the municipality to clean up the road and insist that trucks dump inside the site.”

BCM ratepayers had to fork out at least R47m on the rehabilitation of the Roundhill waste landfill site, but some trucks continued to illegally dump waste outside its premises.

In August, Ngwenya denied that trucks were illegally dumping refuse, saying after a train accident earlier in 2019, Transnet had forbidden trucks with trailers and extended load luggers from crossing the railway line again.

Buffalo City Metro ratepayers had to fork out at least R47m on the rehabilitation of the Roundhill waste landfill site in Berlin – but some trucks ...
News
2 years ago

“[They] park their trailers and other skips on the road outside the landfill site and one by one transport their skips and trailers separately,” he said.

“The problem is that while the extra skips and trailers are on the road, informal waste pickers help themselves from those parked skips and trailers in trying to get to the recyclables and that causes the mess and dirtiness outside the site.”

Ngwenya added that there was a planned meeting with private waste collectors to “resolve this challenge and problem”.

By Sunday, Ngwenya had not responded to questions sent to him by the Dispatch last week.