Amy'Leigh kidnappers should be denied bail, for their own safety — state argues 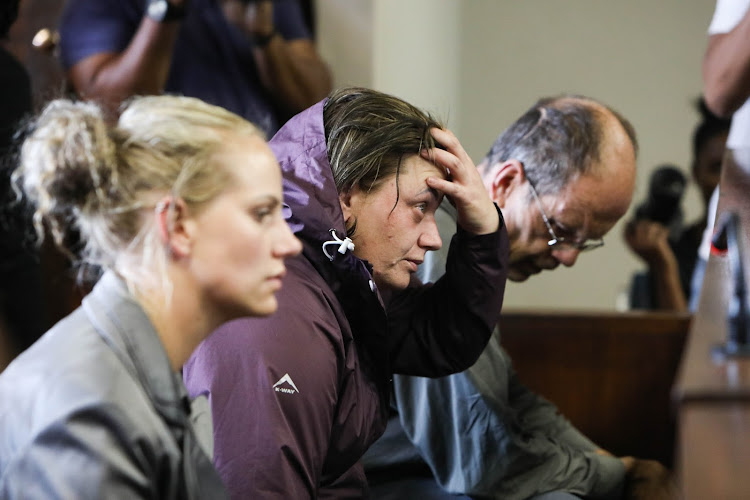 The three people accused of kidnapping Amy ’Leigh de Jager would be endangering their own lives and those of the public if they were released from custody‚ the state argued in a bail application on Tuesday.

Tharina Human‚ 27‚ Laetitia Nel‚ 40‚ and Pieter van Zyl‚ 50‚ are accused of snatching Amy ’Leigh from her mother at Laerskool Kollegepark in Vanderbijlpark on September 2.

Prosecutor Luanda Ngcobo argued in the Vanderbijlpark Magistrate’s Court that the state had a strong case against the three and that witnesses would testify they had planned the kidnapping.

“A witness will testify that she or he was there when the plan was made to kidnap the child,” Ngcobo said.

“Accused one [Human] is the mastermind.

“She came up with the idea as to what should happen.”

She said Human had allegedly devised three ways to execute the plan.

“She first offered herself to be kidnapped. She then offered her sister-in-law.

“They tried to execute their plan to kidnap the sister-in-law‚ but the plan did not succeed.”

Ngcobo said a witness would testify she was present when Van Zyl had brought Amy ’Leigh into their house.

“The state has evidence of telephone records that the accused are linked to the case.”

If released on bail‚ the applicants would put their lives and those of the public in danger, she said.

“Which child is going to be a victim if they get released on bail?

“The Nigerian man [Human allegedly owed money to] is still waiting for his money.

“It’s no longer about the money now‚ but him being exposed.

“He is angry he has been exposed.

“They are going to endanger the public and themselves if they are out there‚” Ngcobo said. 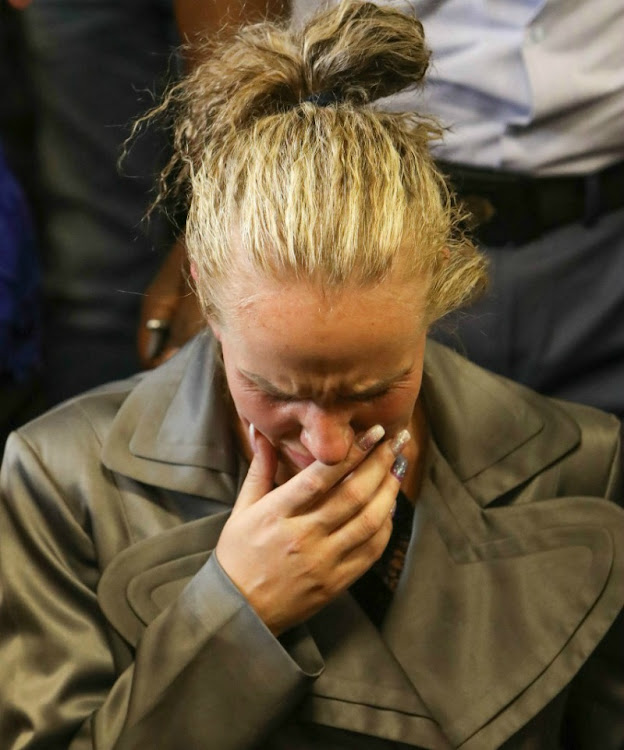 An investigating officer at the child protection unit had previously testified that Human owed a Nigerian a lot of money and he had purportedly threatened to make it back out of Human’s daughter.

The officer said they had allegedly planned the kidnapping to bail out Human’s own daughter.

Ngcobo said the state believed the three would evade trial if released on bail as they did not own properties.

“Applicant one [Human] does not have property.

“She has a child‚ who is in the care of her mother.

“Applicant two [Nel] indicated that she owns a plot.

“She doesn’t own a plot. “She lives with her parents. “According to the state’s investigation‚ the plot is on the market.

“The owner of the house where applicant three says he will stay said he does not want him in his house because he stays with children.

“It was also indicated that they are not wanted by their families‚” Ngcobo said.

She also argued there was a possibility the applicants would influence witnesses‚ as they were known to them.

Counsel for the three accused argued they should be granted bail as the state had not proved it was not in the interest of justice that they be released on bail.

Stoffel Venter‚ Nel’s lawyer‚ argued “a person cannot be kept in custody under the assumption that they will be found guilty”.

Human’s lawyer, David May, argued: “It’s my humble submission that there is nothing brought before court that the accused will endanger the public and themselves.”

In an update on the little girl’s welfare, Ngcobo said Amy’Leigh’s parents had to beg her to go to school on the first day of third term on Tuesday.

Ngcobo said she had consulted with Amy ’Leigh’s mother, Angeline, on Tuesday before the bail hearing.

“She [Amy ’Leigh] is frightened. She’s traumatised. She said Amy’Leigh had been sick and was admitted to hospital,” Ngcobo said.

“She was diagnosed [with a] stomach ulcer. According to the doctor, it’s because of what happened.”

She said the public was angry and tired of the violence committed against children.

“People are tired of things that are happening in our country where children are involved. There were other children who saw what happened [at Laerskool Kollegepark]. They are also traumatised.

“As I was consulting with the mother, she said whenever she comes back from court Amy’Leigh wants to know what has happened,” Ngcobo said.

She said she was worried that if the court released the accused on bail, Amy’Leigh would not want to go back to school.

“These people are cruel. The child was kept in a dirty, small room. She was dumped close to a pub in the early hours of the morning. That place is not only a pub. It is where drugs are sold,” Ngcobo said.

Earlier, Human, Nel and Van Zyl had told the court, through affidavits, that they would not evade trial or interfere with witnesses.

Nel said she was aware of social media posts claiming she was planning to run away, but denied the allegations.

Magistrate Hussain Khota said he would deliver his judgment regarding bail on October 11.