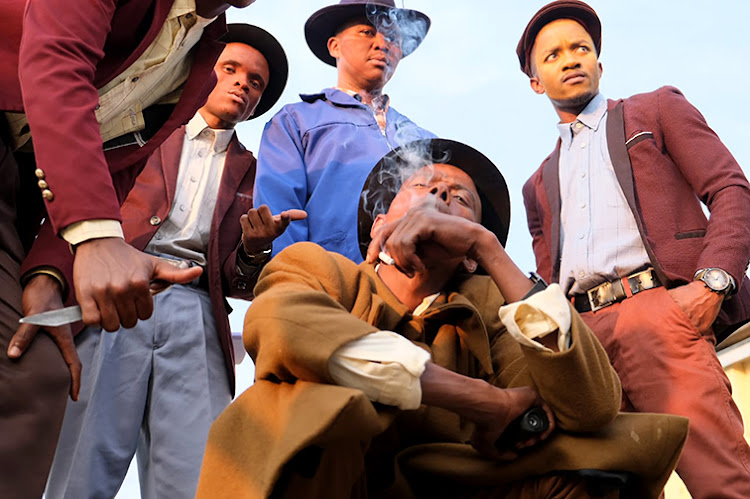 The cast of the film ‘Isdoda, Ubudoda, Indoda’ will feature on the Montywood digital video streaming service. The film’s cast consists of local actors and actresses and was produced by Kumkani Pictures.
Image: KUMKANI PICTURES

The station has developed and created Montywood, an online subscription video streaming service that allows viewers to access content created by local film-makers.

Chair and founder of Montywood Unathi Dyubula said the content distribution platform was created mainly for high school pupils and university students to watch the content on an “economically friendly” budget.

Subscribers will be able to obtain voucher codes from vendors in order to access the films or TV content.

Dyubula, who is also an executive producer of films created under Kumkani Pictures, said they were working closely with the Eastern Cape Film Forum to enhance the platform for the distribution of film-makers’ work.

Kumkani Pictures will be the first to populate the Montywood app with films including; a comedy titled 32 Days which features SA actor Luthuli Dlamini, a drama Isdoda, Ubudoda, Indoda and a horror thriller called CheckMate.

All films were shot in locations in and around East London and featured local artists.

“The distribution of films that have been created locally has always been the challenge. Montywood’s aim is to break those boundaries in the African film industry,” Dyubula said.

“We don’t want to limit the work to SA only, and invite producers from any African denomination to come together and unite on this growing platform. Montywood already has a partnership with the former World boxing champion Welcom Ncitha to produce a reality TV show called King of The Ring,” he said.

“Viewers are able to download the Montywood app from the Google Play Store. We will officially launch the app in December. At this point subscribers can access music videos from local artists like Kweriez, Lush By The Way, Las Number, Soso Boy and more.