Eskom chiefs 'refuse to be screened' by State Security Agency 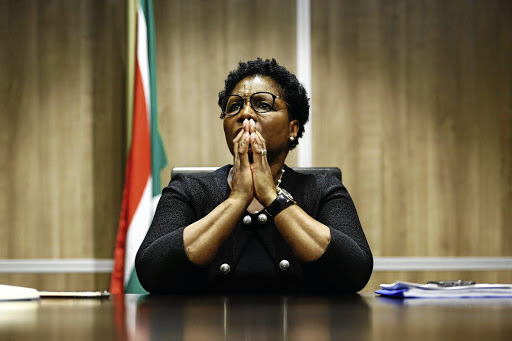 One hundred senior officials at troubled power utility Eskom are refusing to undergo security vetting processes of the State Security Agency (SSA), as government moves to clean up the corruption- and mismanagement-prone parastatal.

This was revealed by SSA minister Ayanda Dlodlo and her department's senior officials during a meeting with parliament's standing committee on public accounts (Scopa).

Dlodlo and her high-ranking spooks painted a grim picture of the SSA's capacity to probe the trustworthiness of senior government officials and executives at state-owned firms, with the minister reporting that many were simply refusing to the subjected to the security screening.

Scopa has been demanding the vetting of senior government officials involved in government procurement spending, amounting to hundreds of billions a year, or the state's supply chain management for some time now.

The SSA's Sipho Blose said only 21 out of 121 top Eskom executives had complied or agreed to participate in their vetting processes.

Blose said in some cases the outcomes of the processes were completely disregarded by other government entities.

SA is open to private-sector participation in its struggling state-owned enterprises, the president said on Monday
News
2 years ago

He cited the SA Post office, which ignored the vetting results and proceeded to hire a person with a criminal record in Cape Town, who went on to allegedly rape and kill UCT student Uyinene Mrwetyana.

“The case in point, if I may make a point, is the issue with the post office in Cape Town. We gave an indication through screening that this particular individual had a criminal record, but our view was put aside. They then employed their own internal processes, wherein that person was employed by post office ...," said Blose.

“We are currently doing work at Eskom. We are sitting with a list of 121 senior people who need to be vetted so that we can assist government to turn things around at Eskom, to reduce the levels of corruption.”

Dlodlo said her department was sitting with a huge vetting backlog as the spy agency did not have enough personnel to carry out the background checks, while it heavily relied on other government agencies such as the SAPS and Sars for information.

She said looming overhaul of legislation and other policies governing the operations of the SSA would address these shortcomings.

“You've got literally 100 people at Eskom who are saying to us 'go jump off the nearest cliff', does this bite or is it a cosmetic exercise?," said Hlengwa. “We will make sure that Eskom complies, there's no two ways about it, it's a non-negotiable.”

Power utility Eskom has so far spent R2.7m on taking the National Energy Regulator of SA (Nersa) to court over tariff increases.
News
2 years ago