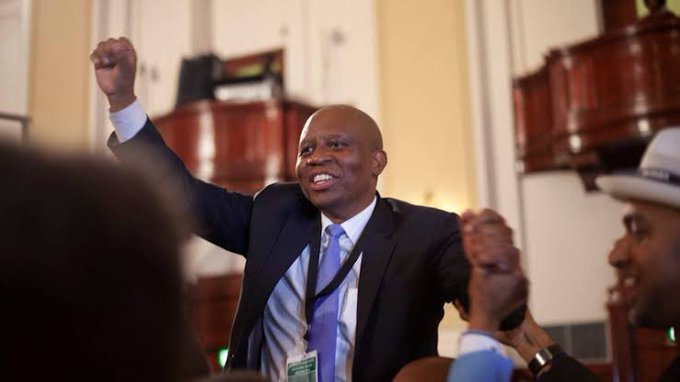 Herman Mashaba has resigned from the DA and as Johannesburg mayor.
Image: AFCoetzee via Twitter

“To ensure political stability”, the DA's federal executive will urgently convene a meeting after the resignation of Herman Mashaba as Johannesburg mayor.

This is according to Solly Malatsi, DA national spokesperson, who said the party respected Mashaba's decision and wished him “all the best with his future endeavours”.

“By any measure, the DA and its coalition partners have made significant progress in turning the city around, specifically in the areas of unlocking opportunities, stopping and acting against corruption and accelerating the delivery of quality services.

“The South African democratic project is not an easy one to advance, which means building a capable state, fighting for non-racialism, pushing for economic redress and inclusion through sustainable programmes, respect for the rule of law. We will not falter in our mission to bring real change to South Africa.”

Mashaba said he believed Helen Zille's return to DA party leadership at the weekend, as chairperson of the federal council, signalled an end to his pro-poor, multiparty coalition administration.

“SA's future depends on a party that can reconcile this complexity. How have we convinced ourselves that we cannot?” she asked.

Party leader Mmusi Maimane attended the press conference at which Mashaba announced his resignation, hailing the businessman turned politician as his hero.

Mashaba's policy adviser, Andre Coetzee, tweeted: “It has been one of the greatest honours of my life to serve these two great South Africans. Both Mmusi Maimane and Herman Mashaba share a vision for one SA for all. The project must endure.”

PODCAST | The DA's darkest days: What happened & what now?

It’s been my greatest honour to serve and work with this incredible South African @HermanMashaba. Our paths have crossed for a reason and a purpose and we shall never surrender that purpose. pic.twitter.com/Jmrx6b7NIv

It has been one of the greatest honours of my life to serve these two great South Africans. Both @MmusiMaimane and @HermanMashaba share a vision for One SA for All. The project must endure. pic.twitter.com/vRcNzlZ9IN

Thank you @HermanMashaba. You served the people of Joburg well, breaking through political boundaries. You were one of the biggest assets of the DA, likely to give us an outright majority in 2021. I am sad to see your tenure end this way. Heartbreaking, in fact. pic.twitter.com/iv3Gfyv86m

This is sad re @HermanMashaba. These positions aren't mutually exclusive:

SA's future depends on a party that can reconcile this complexity. How have we convinced ourselves that we cannot?