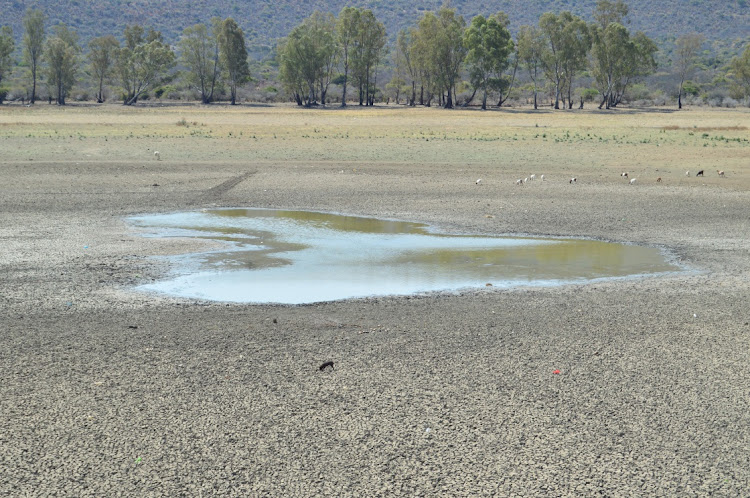 The Eastern Cape government has set aside R120m for drought relief programmes in areas hit hard by the devastating drought which has affected all of the province's districts and metros.

The funding from the provincial treasury was handed over to the provincial department of co-operative governance & traditional affairs (Cogta) on Wednesday, a day after premier Oscar Mabuyane officially declared the entire province, its six districts and two metros, a disaster zone.

This allocation was confirmed on Wednesday by Cogta spokesperson Mamnkeli Ngam, who said a further allocation would be sourced from the national government after a needs assessment of all the affected areas had been completed.

Ngam said all six provincial districts and the two metros had already submitted their “business plans on how best to deal with the effects of the devastating drought disaster in their areas”, saying a team from his department would now look into those plans and prioritise areas that were in urgent need.

“We will be guided by these plans, and if needs be, depending on the needs analysis, maybe we will have to solicit more funding from the national department of Cogta to minimise and mitigate this impact of drought in our communities,” Ngam said.

He said his department would work closely with the provincial treasury, Mabuyane's office and the national Cogta department.

On Tuesday, the provincial gazette officially declared all provincial districts and the two metros as disaster areas, paving the way for the national government to channel funds towards the province's much-needed drought relief programmes.

Ngam said it was a concern that SA was among the 30 countries across the world regarded as water-dry countries, and his MEC Xolile Nqatha felt that “it was important that all of us use water sparingly and ensure that where there are water leaks, these are attended as a matter of urgency”.

Water and sanitation minister Lindiwe Sisulu says the country must brace for a long dry season and urged consumers to do "whatever we can to save ...
News
2 years ago

Mabuyane's spokesperson, Mvusiwekhaya Sicwetsha, said on Wednesday the premier had issued an instruction that the funding “be spent wisely and on time so that farmers and households in desperate need of this resource, are assisted urgently.

“The premier is also calling on all private companies to come on board in the fight against this water crisis by contacting his office if they want to donate any resources towards this drought crisis.

“We are not saying they must give us money, but we will point them to areas that need water urgently so that they can channel their resources towards such places, most of which are in need of boreholes,” he said.

Sicwetsha said the R120m “is the allocation we can avail for now, but a total extent of what is exactly needed, is still being assessed”.

Mhlobo Mbane, African Farmers Association of SA's Eastern Cape co-ordinator, said on Wednesday the R120m allocation was “most welcomed” by farmers in the province, “even though it's a drop in the ocean”.

“We are happy that this has finally been gazetted. But R120m is a very little amount for the province, compared with what farmers are losing day in and day out,” Mbane said.

Buffalo City Metro mayor Xola Pakati will on Thursday morning visit a number of drought-prone dams supplying the metro to assess the extent of their dwindling water levels.

On Friday the metro will forge ahead with its implementation of water restriction measures.