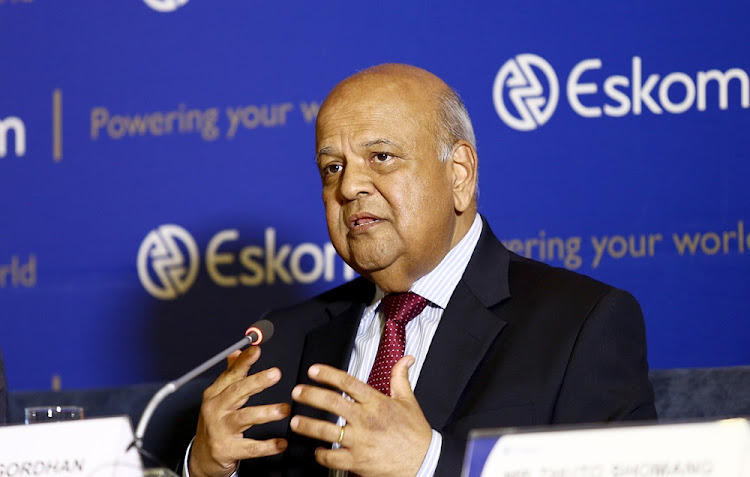 The DA has asked Pravin Gordhan to make public the payment plans that Eskom has with the three governments that owe South Africa R632m for electricity.
Image: Masi Losi

This was revealed in a parliamentary reply by public enterprises minister Pravin Gordhan in response to a question posed by the DA.

The party said while Gordhan may be of the view that R632m would have a minimal impact on Eskom’s cash flow, in reality every cent counted when the power utility had debt of about R420bn.

“Half a billion rands is an astonishing amount of money and could, in the long term, go a long way in stabilising the financial woes at Eskom,” said DA chief whip Natasha Mazzone.

“As such, the DA has written to minister Gordhan to request that he makes public the payment plans that Eskom has with these foreign governments which owe the utility millions in unpaid debt,” she said.

She said in addition to the R632m owed by these foreign power utilities, Eskom was also owed close to R20bn in outstanding debt by municipalities across South Africa.

“Clearly Eskom is incapable of collecting debts both at home and abroad. This begs the question: does Eskom actually have plans in place to collect debts owed to it?

“If not, the utility will never be able to stabilise its cash flow, and the taxpayer will continue to pay for bailout after bailout,” Mazzone said.