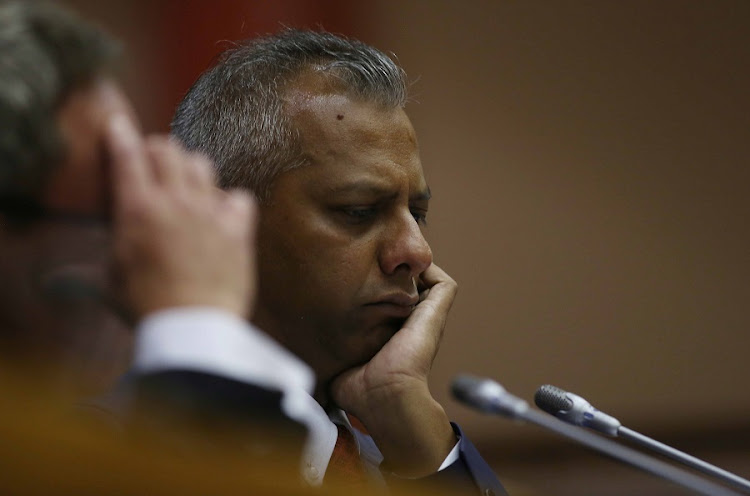 Former Eskom and Transnet CFO Anoj Singh was a no-show at his disciplinary hearing that began in Sandton on Wednesday morning.

Singh is facing 18 charges for breaching a multitude of SA Institute of Chartered Accountants (Saica) by-laws.

The 18 charges of dishonesty and gross negligent that Saica slapped Singh with relate to his conduct at both parastatals between 2012 and 2015. He had a relationship with the Gupta family, which linked across his tenure at both companies. The Guptas are at the centre of state capture allegations.

Saica has already suspended his membership but the disciplinary hearing may pave the way to have him completely deregistered as a chartered accountant.

A former Eskom financial executive and the head of a transport firm responsible for delivering coal to the power supplier have been released on ...
News
2 years ago

Advocate Ngwako Maenetje, representing Saica, said on Wednesday that when the professional body informed Singh of the charges he chose only to respond to matters related to Eskom and pleaded not guilty.

Saica referred the matter to the disciplinary committee to force Singh to respond to the charges he face during his time at Transnet.

But Singh and his legal team were not present at Wednesday's hearing, despite being invited to appear before the disciplinary committee.

“That's the position we have at present — that he will not be taking part,” Maenetje said on Wednesday.

The disciplinary hearing will continue in his absence until Friday.

He faces charges relating to his role as Transnet CFO and the China South Rail (CSR) locomotive tender, where he played a critical role in getting it approved by the Transnet board despite its cost ballooning from R38.6bn to R54.5bn. Saica alleges that Singh deliberately misled the board about the negative effect the increase in the price of the tender would have on Transnet, and that the project would not be profitable in the long-run.

Power utility Eskom said on Friday evening that it would only implement load-shedding if it was "absolutely necessary".
News
2 years ago

Singh chaired the procurement committee and signed the contract with a higher cost, two months before going back to the board for approval, Maenetje said at Wednesday's hearing.

A Treasury report on the tender published in November 2018 found that CSR was irregularly appointed, failed to deliver 85 locomotives on time and that Singh and Transnet CEO at the time Brian Molefe misled the board about the true cost of the project.