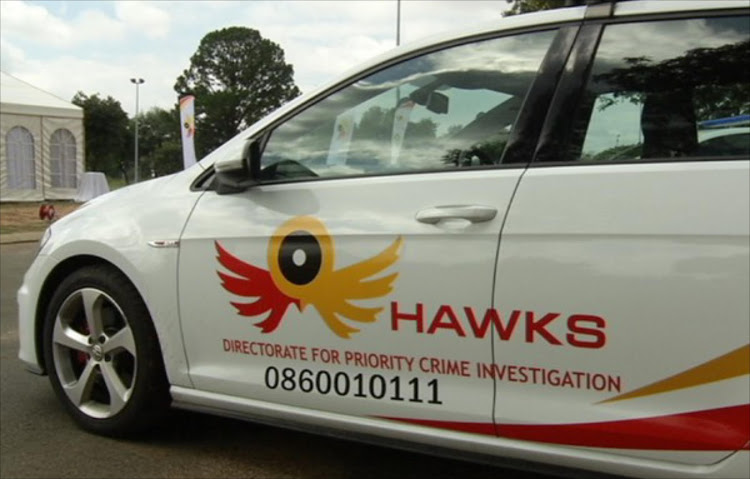 The Hawks in the Eastern Cape have made a breakthrough and pounced on three men implicated in the looting of  millions of rands in the Siyenza Group toilet scandal. The three, who are known to DispatchLIVE but cannot be named as they have not appeared in court, face charges of fraud and corruption.

The suspects, who are currently in police custody at the Cambridge police station in East London, are expected to appear in court on Friday.

Scores of Amathole district municipality officials, including council chief whip Solomzi Ndwayana, parked outside the police station, while others were seen coming in and out of the station on Thursday morning.

Hawks spokesperson Anelisa Ngcakani said the three Eastern Cape suspects were among 10 people arrested around the country. The 10 are between the ages  of 34 and 60.

The operation follows a complaint by the National Treasury after it transpired that the suspects allegedly colluded in accessing the Amathole district municipality funds through flaunting of procurement processes afterwards they were awarded a contract for ventilated improved toilets in the Eastern Cape.

A Buffalo City Metro contract where the city irregularly made a double payment is the subject of a Hawks investigation. A confidential report by ...
News
1 year ago

The Hawks’ preliminary investigation discovered that over R600m was to be awarded for the contract, of which R286m has already be paid to the suspects.

All  10 suspects will be appearing in the East London magistrate’s court on Friday on charges of fraud, corruption and money laundering in terms of the Prevention of Organised Crime Act (POCA).  The Acting National Head of the Directorate for Priority Crime Investigation Lieutenant General Yolisa Matakata has applauded the team for the arrests.

“This development is most welcome in our greater fight against corruption to ensure to ensure that clean and credible governance prevails. We will stop at nothing to ensure that corrupt perpetrators, be it in the private sector or government are brought to book,” she said.

The Siyenza tender was also investigated by the public protector. She found there were irregularities with the awarding of the tender.

She recommended a revision of the municipality's supply chain management policy. However she said she found no evidence that political influence had been brought to bear on the awarding of the tender.

As part of her remedial actions, she has ordered that the municipal manager must ensure that the municipality’s supply chain management policy is revised to include a framework outlining how further procurement must be done.