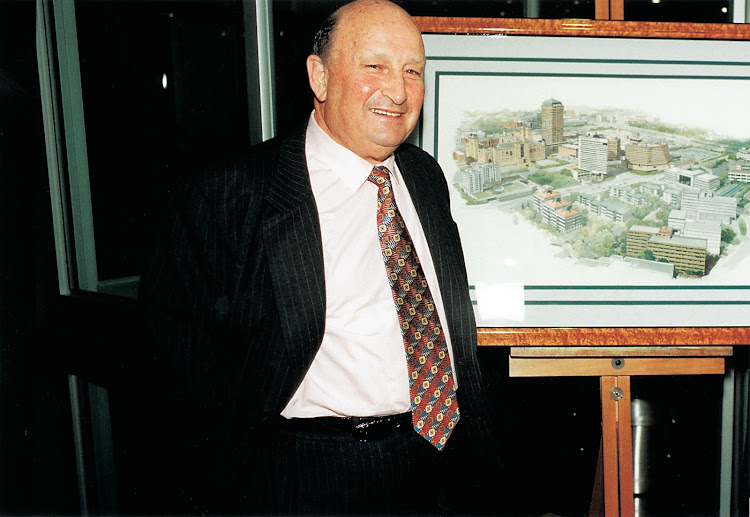 Liberty Life founder Sir Donald Gordon has died at the age of 89 after a long illness.

Remgro chair Johann Rupert has led the tributes to a doyen of the country’s business community saying, “One of SA’s greatest sons and a great friend passed away last night. Rest in peace Donald Gordon.”

“He led the way in creating financial institutions from nothing. He demonstrated what you can create with true entrepreneurship and hard work. Donald financed education and health on an enormous scale and leaves behind a foundation that will carry on the philanthropic work. His legacy will span generations to come.”

Liberty Holdings is expected to publish a tribute to its founder shortly.

Educated at the famous King Edward School in Johannesburg, Gordon went on to qualify as a chartered accountant before founding the Liberty Life Association of Africa in 1957, and later the company that would become Liberty International in 1980.

Gordon won many accolades during his career, starting with being named Businessman of the Year by Sunday Times in 1968.

In 1999, the Financial Mail named him as The Achiever of the Century in SA Financial Services.

The University of Pretoria’s executive business arm, the Gordon Institute of Business Science (Gibs), was founded in 2000 following funding provided by Gordon.

Gordon was just as recognised for his philanthropy, which extended from the arts — he was a devoted fan of opera and made a significant donation to the Royal Opera House in 2004 — to contributions to establish the Wits University Donald Gordon Medical Centre in 2002.

In 2005, Gordon was knighted for his services to the arts and business.

Allan Gray invested in 'young people who would surprise him'