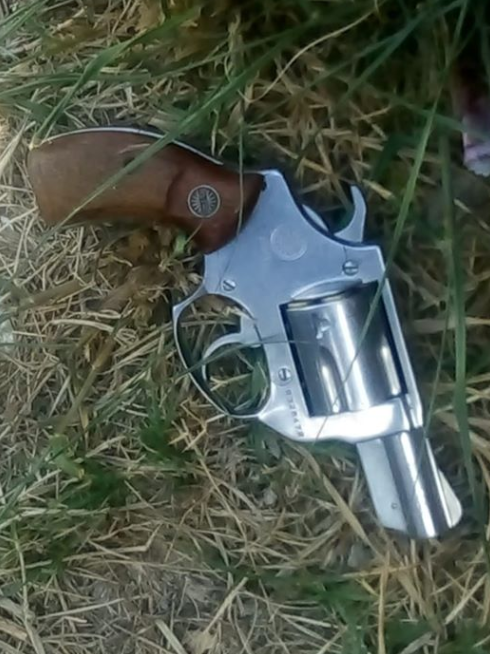 Police found a .38 revolver tucked in the pants of a 20-year-old suspect they arrested in connection with an alleged shootout between rival gangs at the taxi rank near the shopping centre.
Image: Supplied by SAPS.

A Port Elizabeth security guard, believing he was under attack, accidentally shot himself in the leg on Friday.

Police said the incident happened while security officers were busy servicing an ATM at the Cleary Park shopping centre in Gelvandale.

“It is alleged that at about 2.30pm, shoppers suddenly started frantically running into the centre and were screaming. The security officers thought that they were being attacked and went down in combat position. As the guard assumed the position, he accidentally shot himself in his right upper leg.

“He was taken to hospital for treatment. A case of discharging a firearm in a municipal area was opened,” police said.

They added that investigations had later revealed that there was an alleged shoot-out between rival gangs at the taxi rank near the centre that had caused commuters and shoppers to rush into the centre to escape injury.

“At the same time PE K9 unit members were patrolling around the shopping centre when they were stopped by a taxi. They were informed that one of the shooters boarded a taxi which was behind them. With the assistance of SAPS Kabega Park Crime Prevention members, the taxi was pulled over in Norman Middleton Street.

“K9 members apprehended the 20-year-old suspect inside the taxi. A .38 revolver was found tucked in his pants. He is detained on a charge of attempted murder and illegal possession of a firearm. He is expected to appear in court on Monday,” police said.

The firearm would be sent to ballistics for analysis, they said.