Corruption in water infrastructure projects will be punished: Ramaphosa 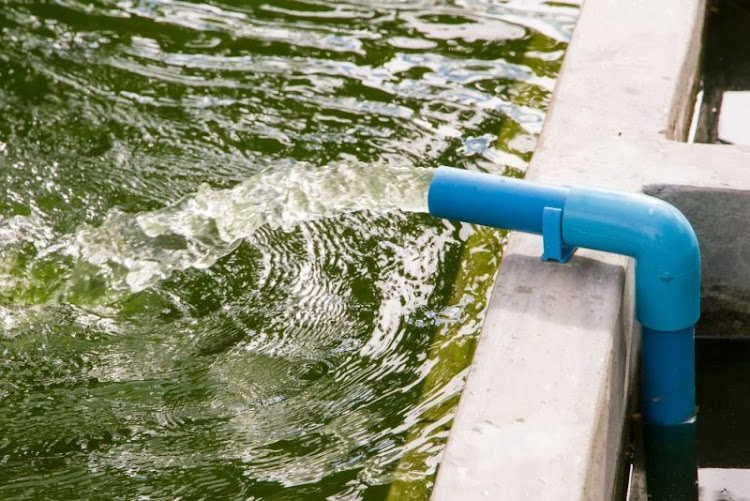 President Cyril Ramaphosa says if we do not manage our water sources wisely, "we could soon find ourselves worse off than Samuel Taylor Coleridge’s 'Ancient Mariner', who wailed: 'Water, water everywhere, nor any drop to drink.'"
Image: 123rf.com/Chayapon Bootboonneam

Tender corruption in mega projects for the construction of water infrastructure is putting the nation’s water security at risk, President Cyril Ramaphosa said on Monday.

“Mismanagement of water resources and corruption in the water sector has in no small part contributed to the situation we currently face,” he said in his weekly president's letter.

“Serious accountability and governance issues persist, whether it is in the building of infrastructure or at a municipal level, where water losses are mounting as a result of billing errors, unauthorised usage and outright theft.”

Ramaphosa warned there would be criminal repercussions for those found guilty of this.

A week ago, the Special Investigating Unit (SIU) raided Lepelle Northern Water in connection with alleged corruption at the Giyani Water Project. Ramaphosa said: “The amount allegedly involved — R2bn — is staggering, but unfortunately symptomatic of wide-scale tender corruption in these mega projects.”

The drought has been blamed for an outbreak of diarrhoea which prompted the Joe Gqabi district municipality to urge all residents to boil municipal ...
News
2 years ago

“This is putting the entire nation’s water security at risk, and the ongoing SIU probes into irregularities in these projects will continue. As will the work of the Hawks’ National Clean Audit Task Team probing municipalities, where corruption in the provision of tankering services has frequently been alleged.

“Accountability will be enforced as part of restoring integrity to the sector.”

Water scarcity is in the spotlight after a decade-long drought and existing freshwater supplies dwindling. Ramaphosa urged households to use water more sparingly and municipalities to invest in water recycling technologies.

To address concerns that economic development is being held back by drought, poor water infrastructure and delays in obtaining water-use licences, Ramaphosa said the government had directed that the water permit office to reduce the waiting time for water licences. “Significant progress has been made. The waiting period has been reduced quite dramatically.”

Ramaphosa said to ensure SA's future water security, the country would need funding of at least R126bn for infrastructure.