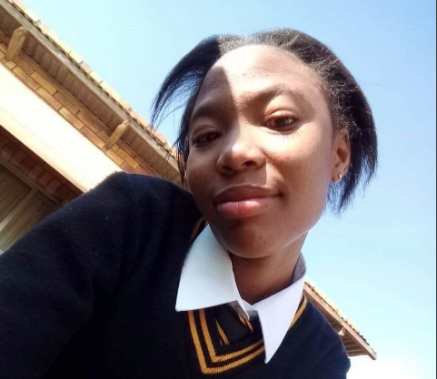 North West teenager Gomolemo Legae was allegedly killed by a man known to her. She was able to give his name to people who gathered to help her after she was stabbed and set on fire.
Image: Supplied/Twitter

Social media is reeling after the death of North West teenager Gomolemo Legae, who was stabbed, doused with petrol and set alight while still alive.

The incident was confirmed by police spokesperson Sabata Mokgwabone, who said Legae was on her way home when a 19-year-old man  allegedly started following her. Later, she was heard screaming.

Mokgwabone said reports that Legae was stabbed more than 25 times were not true.

She was still able to talk when the community gathered to help her and allegedly named the suspect, who will appear at the Mmabatho magistrate's court on Wednesday, charged with murder.

The EFF said efforts to deal with gender-based violence were halfhearted and lacked understanding of the root causes of it and the vulnerability of women in society.

This is what tweeps had to say:

South Africa is in war against women! This war has long been raging & no one knows what needs to be done. Am so broken by the murder of Gomolemo Legae ? stabbed 25 times & set alight by a 19 year old boy. What more evidence of hatred of women by men do u need? #RIPGomolemoLegae

Another woman killed, Twitter will say RIP as usual, make it trend before they move on to another juice topic

Another woman killed, a funeral for the president to attend and make useless speeches

Living in a country where you have to be scared of a boyfriend, male friends, brothers or boys that live in your neighbourhood because you never know when they might do something to you is SCARY??. #16DaysOfActivism #RIPGomolemoLegae

They don't care about the campaigns, they know regardless of the outcome there is a good life in jail #RIPGomolemoLegae

Gomolemo’s killer is going to go live nicely in jail, come out on parole after a few years and kill another woman. Life is so easy for murders and rapists in this country. #RIPGomolemoLegae

Unpopular opinion. Death penalty will reduce but not do away with femicide in South Africa. We also need to confront and do away with our culture that allows men to think they are superior and women should be subservient. #RIPGomolemoLegae #RIPPreciousRamabulana ?

I don’t think these monsters fear the justice system ONE BIT! #RIPGomolemoLegae