The village at the heart of Miss Universe

As an emotional Zozibini Tunzi brought her hands to her face, barely believing she had just been crowned Miss Universe 2019, thousands of kilometres away in her rural village of Sidwadweni, relatives and neighbours were crowded around television sets, radios or cellphones, sharing in the moment that will live with them forever.

Their girl, known as “Loza”, who used to push a wheelbarrow to fetch water from a neighbouring village, was now one of the most famous faces in the world.

Tunzi, the reigning Miss SA, beat 90 other women at a glitzy event in Atlanta in the US in the early hours of Monday, SA time.

Asked by host and television personality Steve Harvey what young girls needed to be taught, Zozibini said: “I think the most important thing we should be teaching young girls today is leadership.

“It’s something that has been lacking in young girls for a very long time, not because we don’t want to [step up], but because of how society has labelled women to be.”

It was a message that resonated immediately with the young women of her village in Tsolo, many of whom stayed up all night to see if she would bring home the crown. 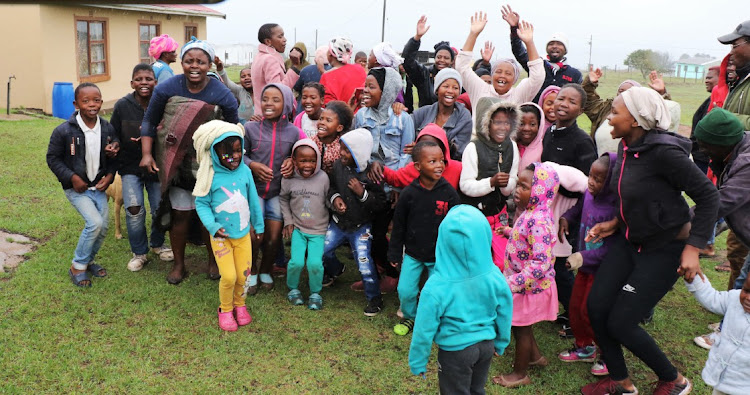 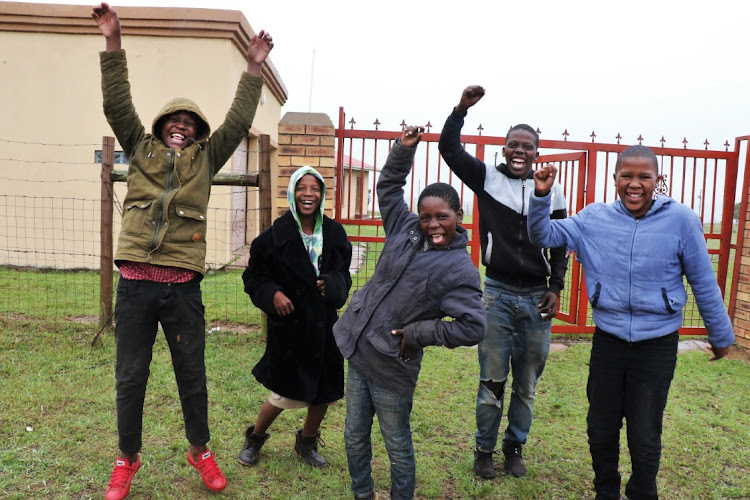 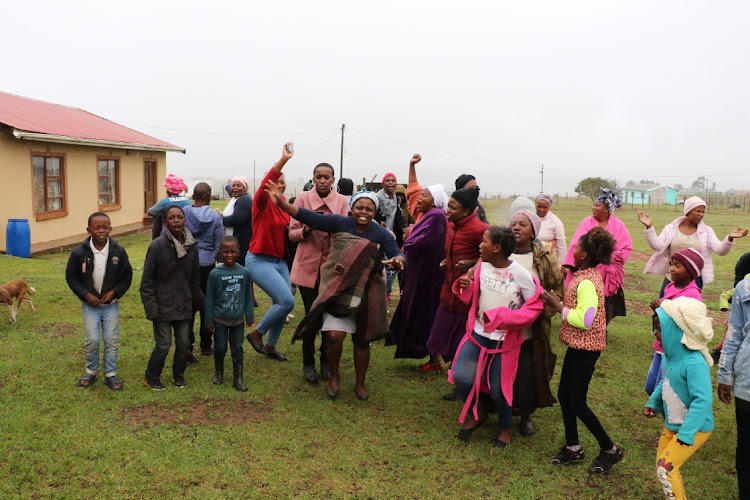 Speaking to the Dispatch at Tunzi’s family home on Monday, Sinoxolo Magwevana, 10, said: “I just love sisi Zozibini and could not miss watching her on television. I want to do beauty pageants and become a successful model just like her.”

For young and old, her crowning was an occasion not to be missed — no matter what it took.

Nontyatyambo Mgaju, 31, who grew up with Tunzi and is her next-door neighbour,  said though most people had watched the Miss Universe pageant on television, some had relied on a WhatsApp group set up by young people in the village for updates.

“It started raining at about 4am and we were discussing that this was a blessing. We knew that she would bring the title home as rain is considered a blessing in our culture,” Mgaju said.

Tunzi’s aunt, 61-year-old Nophelo Chaza, was also not able to see her niece on television because  her set had been damaged by lightning.

But she said she still had vivid memories of her young niece pushing a wheelbarrow to fetch water from a neighbouring village.

Her uncle, Gcinikhaya Tunzi, said he'd followed the Miss Universe pageant on radio and when Tunzi was announced the winner, found it difficult to hold back his tears.

A group of 100 people, mostly village women, youths and young children, arrived at the Tunzi homestead, breaking into song and dance.

Tsolo-born Zozibini Tunzi is the new Miss Universe. She walked away with the crown in Atlanta in the US in the early hours of Monday morning, SA ...
News
7 months ago

Young boys blew their vuvuzelas while the group sang (“This is Zozi, those who know her have never seen her”).

A version of the song is normally reserved for political gatherings.

Mgaju said villagers were incredibly proud of Tunzi’s achievements, and started rejoicing the moment she was announced as the winner.

“Others were even crying,” she said.

She said her win would inspire a lot of youngsters in the village.

“Now young children do not care about weaves. She [Tunzi] is just proving a huge inspiration because she had managed to stay true to herself.

“Young children are now confident that they can conquer the world without changing how they look.”

Sibabalwe Mazitshana, 32, a close friend, joked that he used to carry “Loza” on his back when she was growing up.

He described his friend as a humble and beautiful person who liked to laugh a lot, but was also calm.

“Our children have now started to dream big because of her,” he said.

Our children have now started to dream big because of her

Thousands of supporters took to social media to congratulate Tunzi on being crowned Miss Universe.

President Cyril Ramaphosa tweeted: “Congratulations to our #MissUniverse2019 @ZoziTunzi. I too hope children all over the world will see their faces reflected in yours & be inspired to believe in the power of their dreams. May young women continue to take up space & leave an indelible mark on society, just as you have.”

SA rapper and businesswoman Boity Thulo wrote: “Our queen. So poised and graceful. So deserving. That crown. This moment. So perfectly fitting on you. @Zozitunzi your win has done more for us than you can possibly imagine. #Representation #MissUniverse2019 #Zozibinitunzi #BrownSkingirl #SouthAfrica.