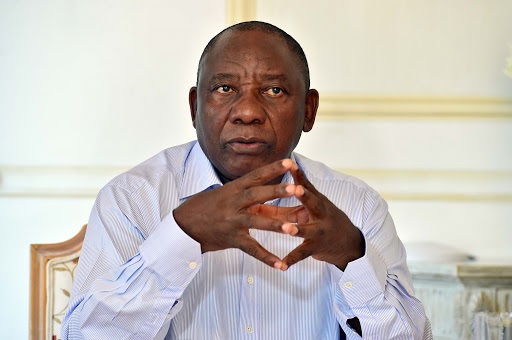 The power crisis is one of the biggest challenges for President Cyril Ramaphosa.
Image: GCIS

President Cyril Ramaphosa holds an emergency cabinet meeting on Friday to try and resolve a power crisis that has dented growth in Africa's most industrialised economy and endangers its last investment-grade credit rating.

Struggling state utility Eskom implemented the most extensive power cuts in more than a decade earlier this week, disrupting supply to businesses and households. It said it would reduce power for a ninth straight day on Friday.

Eskom is choking under a massive R450 billion debt burden and struggles to meet electricity demand because its creaking coal-fired power stations haven't been maintained properly.

The power crisis is one of the biggest challenges for Ramaphosa, a former trade union leader turned millionaire businessman who has promised to fix ailing state firms and reverse years of mismanagement and stagnation.

But he has found it hard to overhaul Eskom and lift the country's growth rate due to entrenched opposition to his reforms. Another struggling state firm, South African Airways, entered a form of bankruptcy protection last week.

Ramaphosa said on Wednesday that Energy Minister Gwede Mantashe and Public Enterprises Minister Pravin Gordhan would present proposals on solving the power crisis to cabinet on Friday, after the outages forced some miners to temporarily cut output early this week.

President Cyril Ramaphosa has cut short his planned two-day trip to Egypt amid calls for him to deal with the ongoing load-shedding crisis.
News
2 years ago

Some of those proposals include fast-tracking applications of businesses seeking to generate their own electricity, bringing in temporary generators and connecting renewable energy projects to the grid sooner than initially planned.

Private firms have been clamouring for years for the government to ease regulations to allow them to generate more of their own electricity.

Roger Baxter, chief executive of industry group the Minerals Council, told Reuters that miners could bring online between 500 MW and 1,500 MW of their own generating capacity over the next few years, if regulations were eased.

"All our eggs are in one basket with Eskom, which is not delivering. Government and business need to work together to solve this problem," Baxter said.

Eskom, which said it would cut 2,000 MW of power from the national grid on Friday, has said the country needs an additional 5,000 MW of capacity for it to have a large enough safety margin to do proper maintenance on its plants.

As of Friday, Eskom had almost 12,000 MW of unplanned breakdowns, versus its nominal capacity of around 44,000 MW.

Power cuts are expected to ease from the middle of next week, as many local businesses shut down before the Christmas and New Year public holidays.