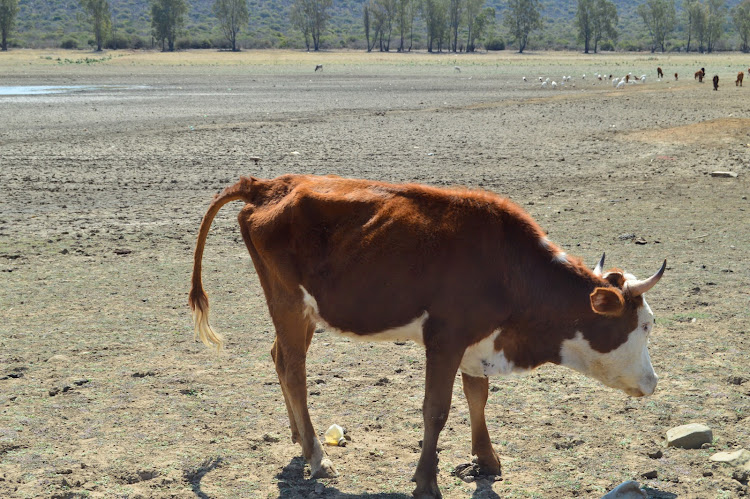 The Eastern Cape is the  “worst hit” province by the persistent drought that has gripped SA since 2015, human settlements, water and sanitation minister  Lindiwe Sisulu said on Monday.

The proverbial Day Zero is a reality for most parts of the province, she said, but would not say how much national government would pump into the Eastern Cape to address the problem.

The Eastern Cape was declared  a disaster area, meaning Pretoria would allocate millions of rand  to   drought relief programmes.

Sisulu was addressing the media in East London just after she had met with premier Oscar Mabuyane and his cabinet to discuss ways to respond to the worsening drought situation in the province.

Stage 3 water restrictions came into effect on New Year's Day in Buffalo City, but the metro says its calls for residents to use water sparingly have ...
News
2 years ago

While Sisulu was mum on how much they would allocate to the province, Mabuyane said they needed at least R600m to address the disaster in the interim.

Sisulu said the drought was being felt in other provinces such as Limpopo and the Northern Cape, but   households in the Eastern Cape, especially in rural areas, the agricultural sector and businesses, had been  hit hardest.

She was accompanied by her two deputy ministers, Pam Tshwete and David Mahlobo, and an entourage of her department’s administration bosses, who were later on Monday due to visit the drought-stricken Butterworth area.

Though the provincial department of rural development & agrarian reform  allocated at least R74m to farmers late in 2019 — the consequences of the drought have been dire with food supply threatened and livestock dying because of dam levels that have plummeted to below 10% in some areas.

The water restrictions in the metro were introduced in late November.

Sisulu, who said government was working on finding lasting solutions for the provision of water to communities, said carting water was an interim and  costly measure.

“In areas where there is absolutely no water, we rely on water tankering, but such an exercise is sometimes problematic and brings many challenges in some parts, hence we want to do away with  water tankering in future and find sustainable ways of providing decent water to our people

In areas around Butterworth, the minister said, communities had been left “frustrated”.

“In such areas, there are periods of up to 10 days where there is no delivery of water, with people demanding that there must be an increase of trucks delivering water,” she said, adding that some ward councillors had been accused of deciding who would get the scarce commodity.

The minister further said in a bid to improve water infrastructure in Mnquma municipality, an amount of R735m “is required to provide sustainable solutions for Butterworth” alone.

Sisulu said she would also “appeal” to the chief of the SANDF to request their “expertise” and assistance in the provision of decent water to provincial communities.

Addressing the media after meeting with Sisulu, Mabuyane said government “has its back against the wall” as this disaster “has reached the highest proportions”.

“This problem is no longer a sectoral one or a departmental matter, but requires the integrated plan which involves the national government.

“We have reached a crisis point, not only in the province, but the entire country.

“We need to move with speed, because our people won't understand any other language except for water. The people are now losing patience,” Mabuyane said.

He said an amount of R174m had already been “redirected” by the provincial government towards drought relief programmes for communities and the agricultural sector.

Sisulu said they were working with municipalities in finding ways to provide water.

The situation is worsening with  day in the Amathole district municipality, which is one of the areas severely affected by the drought, municipal spokesperson Nonceba Madikizela-Vuso said on Monday.

Not a drop of water has come out of taps in Makhazi village in five years. Five hundred families in the village in Mooiplaas near East London ...
News
2 years ago

Sisulu said contract workers would be deployed to many parts of the province to fix leaking water pipes.

This intervention will, however, come a bit too late for some Cathcart residents who have lost thousands of litres of water through leaking pipes.

Resident  Kevin Wearing on Monday said their appeal for pipes to be fixed  had fallen on deaf ears.

“We have one month of water in our dams and we have a broken water pipe which has been leaking for five weeks at a rate of 120 litres an hour.

“This translates to 2,880 litres per day, and over the past five weeks 115,200 litres has been wasted. We have spoken to the powers that be, but no results,” said Wearing.