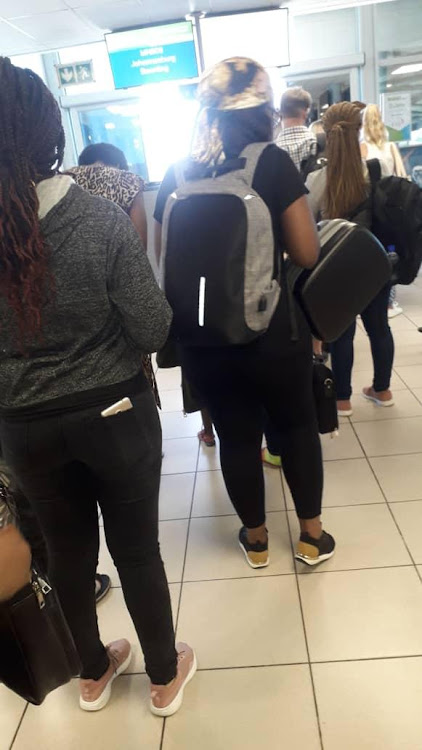 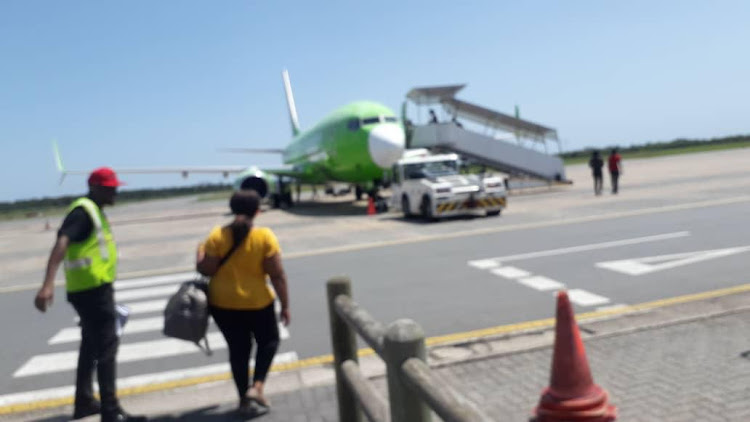 More than 100 Kulula flight passengers were forced to spend the night in East London on Friday when one of the airline's boeings, meant to travel to Johannesburg, was grounded because of an alleged faulty engine.

Flight MN 806 was set to depart from the East London Airport at 6pm for the OR Tambo International Airport.

Andile Tshuma, a young journalist from Zimbabwe, who was on holiday in East London, said she was now “stranded in the country” after missing her connecting flight to Bulawayo as a result of Kulula’s flight cancellation.

“I was supposed to connect from OR Tambo to Bulawayo at 10.40am on Saturday on an SAA flight. But I have missed that flight because of the Kulula flight cancellation on Friday night. I’ve asked the airline to assist me with another flight to my home country as I can’t get a refund.

“They have been giving me contradictory statements. One moment they say they can help me, and the next moment they say it is out of their control as they have no agreement with SAA,” said Tshuma.

She said she had no money to book another flight and “I don’t know what I’m going to do when I get to Joburg”.

“Soon after we boarded the flight we were told there would be a 15 minute delay as technicians were trying to fix a fault with the engine. They came back to say it would take another 20 to 30 minutes, until they told us it couldn’t be fixed,” she said.

The passengers were booked into the Regent Hotel for an overnight stay in East London, by the airline.

Another passenger, Zinziswa Simhaya, was set to travel to Heathrow Airport in England at 10.20pm on Friday on a Virgin Atlantic flight.

In response to a complaint by Tshuma on social media the airline responded: “We do apologise for that, we hate you were inconvenienced like that. Please be advised our CR team do not work over the weekends you should expect a response between 24-72hrs business hours. Your flight's ETD is at 11h00. BM”

Tshuma confirmed that another Kulula flight from East London to Johannesburg was booked for the passengers and departed at 11.15am on Saturday.

“We apologise for the disruption of our customers' travel plans and are doing everything we can to accommodate affected customers and to normalise our flight schedule. Safety always remains our foremost priority.”

There is a reasonable chance that South African Airways (SAA) can be saved, a team of turnaround specialists appointed to try and pull the state-run ...
News
1 year ago
Next Article