OR Tambo in the dark due to Eskom transformer fire 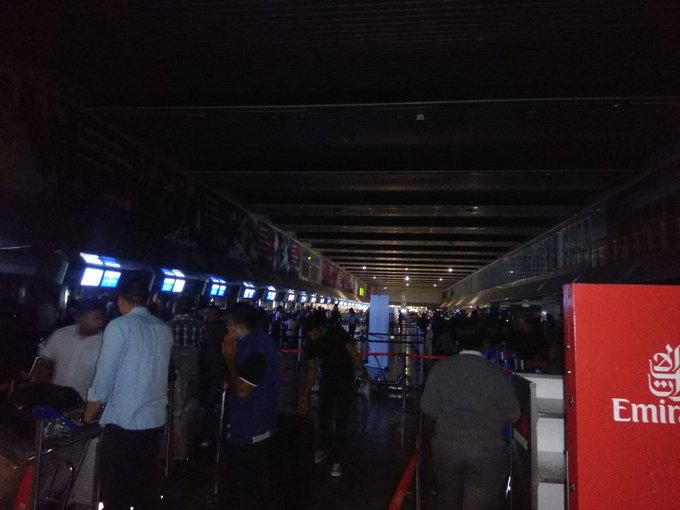 The OR Tambo airport was hit by a power failure after an Eskom transformer caught alight on Sunday morning.
Image: Richard Whalley / via Twitter

OR Tambo International Airport was plunged into darkness after a transformer at a Kempton Park substation caught fire on Sunday morning.

The Ekurhuleni municipality confirmed that the airport was one of a number of places affected.

According to reports by commuters, the power outage caused major inconveniences. Many commuters took to Twitter to share their frustrations.

On Sunday morning, Eskom confirmed that a transformer had caught alight in Kempton Park in Ekurhuleni.

It said the cause of the fire would only be established once it was safe to investigate.

Emergency services could not be reached for comment on Sunday.

The municipality released video footage of the fire on its social media platforms:

An Eskom substation supplying power to the City's 66kV and 132kV networks is on fire, resulting in no power to Aston Manor, Cargo and Spartan substations in Kempton Park. pic.twitter.com/P6lZbdgwRl

The Airports Company SA was due to release a statement later on Sunday, but the official OR Tambo Twitter account said power had been restored.

Power has been restored. The airport is operational. Thank you for your patience and cooperation during the outage.