Disgraced data company had SA in its sights 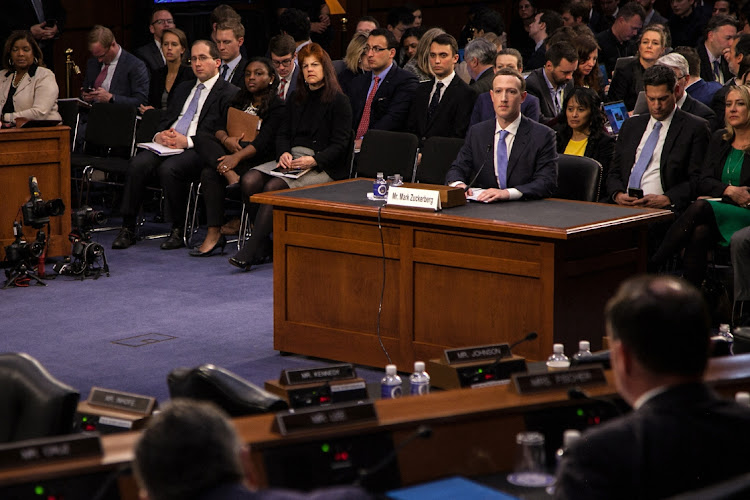 SA was “definitely on the radar” of Cambridge Analytica, the UK-based political consultancy firm forced to close its doors amid a storm of controversy in 2018.

The data company, which misappropriated 87m Facebook profiles as part of its data collection processes, has come to prominence again after an anonymous Twitter account, @HindSightFiles, began leaking documents relating to its work on New Year’s Day.

More than 100,000 documents are set to be released in the coming months.

Cambridge Analytica gained notoriety for mining people's Facebook data to systematically target voters for US president Donald Trump, but it was equally active in many other parts of the world, including Africa.

While this was known, specifics of these operations were not.

But now the new leaks, which include e-mail correspondence, prospectus to foreign governments and details of political strategies, have highlighted the magnitude of the company’s services to mine voter habits online and influence elections.

What is also clear from the documents is that the company was always mindful of where new opportunities lay.

Among the documents, which the Dispatch has read, is an e-mail from Mark Turnbull, the MD of SCL Elections, to Brittany Kaiser, a former Cambridge Analytica executive turned whistle-blower.

The e-mail, which carries the subject line “FW: data analytics” and is dated June 15 2016, shows that Turnbull had his eye on other countries’ elections, among them SA.

It is apparent he and Kaiser had discussed their future targets the previous day from the language used in the e-mail.

“A really useful run through of target prospects, to be continued and updated. Let's stay poised to strike the hot prospects (for example Zambia) when they present themselves, and weigh costs/benefits on a case-by-case basis.

“We need to be selective and cost-conscious, of course, but not let promising opportunities slip through our fingers for want of being there. It might be helpful if we construct our own checklist to assist in the go/no go decision for any prospective target ... so that we can 'score' any given opportunity and demonstrate rigour in our assessment.”

Kaspersky security researchers have reported on thousands of notifications of attacks on major banks located in the sub-Saharan Africa (SSA) region.
News
1 year ago

Among other potential target nations were Brazil, Egypt, Germany, Macedonia, Venezuela and Mexico.

The interactions with Zambia, as mentioned in this e-mail, appeared to be showing strong possibility for collaboration.

An estimated 60,000 South Africans were affected by Cambridge Analytica’s misappropriation of Facebook users’ accounts, according to Facebook itself.

In a 2019 documentary film, The Great Hack, there is a very brief reference made to the SCL group having worked in SA during the first democratic elections.

Before the company collapsed, it said on its website that it had run campaigns to prevent pre-election violence.

The leaked documents present some disturbing as well as curious approaches on the part of company executives.

For example, while data mining processes were complex, the manner in which the company went about targeting countries was decidedly less so.

In an e-mail dated October 11 2015, Robert Murtfeld, Cambridge Analytica’s director of commercial sales, compiled a list of upcoming elections that could be targeted. His research amounted to a breakdown of nations on a Wikipedia page.

In the trove of documents relating to the Kenyan elections in 2017, Kaiser sends a reminder to Murtfeld to be careful.

On April 13 2016, she wrote: “Yes hi Robert, you must remember we cannot talk about our work in Kenya to other Kenyans (or people who could get this back to them). If it got back to the Kenyatta team that we were telling others about our work it would potentially endanger one of our biggest contracts.””

The company played a key role in Kenyan president Uhuru Kenyatta’s election campaigns in 2013 and 2017.