WATCH | School principal dancing with pupils will warm your heart 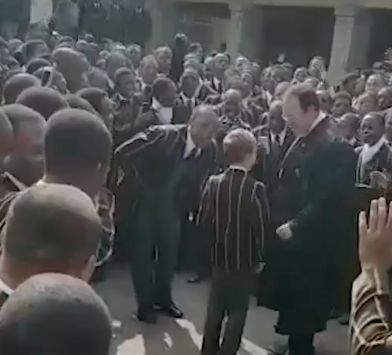 The principal showed off his dance skills.
Image: SA Live

Footage of a principal dancing with pupils has gone viral.

East Coast Radio reports that it's the principal of Queen's College in Komani, Eastern Cape.

Pupils ask the principal to join them, after which he does a few steps. He then asks younger pupils to join in the fun.

Check out the video below:

A video depicting a brass band and an entourage of school children, their parents, teachers and community members accompanying a retiring school ...
News
2 years ago