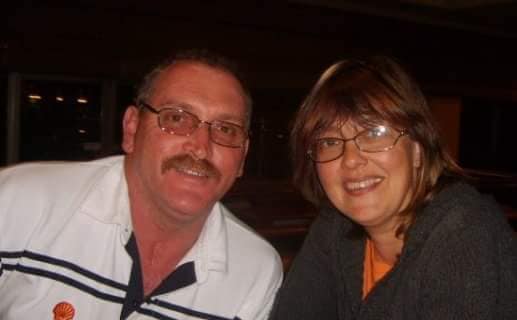 Christo Bothma and his wife, Amanda. Chris was kidnapped in Burkina Faso in 2018 and his family are now hoping for good news after the release of a man who was kidnapped with him.
Image: Facebook

The wife of South African mine worker Christo Bothma, who was abducted in Burkina Faso in 2018, says she is hoping for good news about her husband following the release of a man who was taken hostage with him.

Speaking to TimesLIVE on Tuesday, Amanda Bothma said she was contacted by Akoliya Patel, an Indian gold mine owner in Burkina Faso, who said his son, Kimar Akoliya, had been released at the weekend.

“He contacted me on Saturday and told me that his son had been released. I asked him what his son had said about my husband or if he has any information regarding my husband. He said I must give him two days to allow his son to rest and settle down, and they will then contact me,” she said.

Akoliya was kidnapped by unidentified assailants with two colleagues, one South African and one from Burkina Faso, in September 2018.

Family says hostage photographer Shiraaz Mohamed is back in SA

Communication from Shiraaz Mohamed’s family has confirmed reports that the South African photojournalist is in the country.
News
2 years ago

Amanda said she and her family were hopeful they would receive positive feedback from Akoliya.

“We are still hoping for good news, or news at all. We really hope he can tell us if he’s alive or not,” she said.

“It has been a while now. So much has happened and we’ve heard so many things which turned out to be untrue. Right now we are hoping that if we don’t get good news, then get his body, bring it home and say our goodbyes, if possible,” said Amanda.

Following the escape of photographer Shiraaz Mohamed from his Syrian captors last week, Gift of the Givers has highlighted that there are nearly 40 ...
News
2 years ago

The couple have six children, aged between 20 and 30.

The news of Akoliya’s release sparked mixed emotions among them.

Amanda said earlier she would never lose hope, nor accept her husband was not alive without seeing his body.

“It may not be today, tomorrow, next month, but one day he will return home. Only then will I believe he’s dead or alive. Until I see his body, he is not dead."