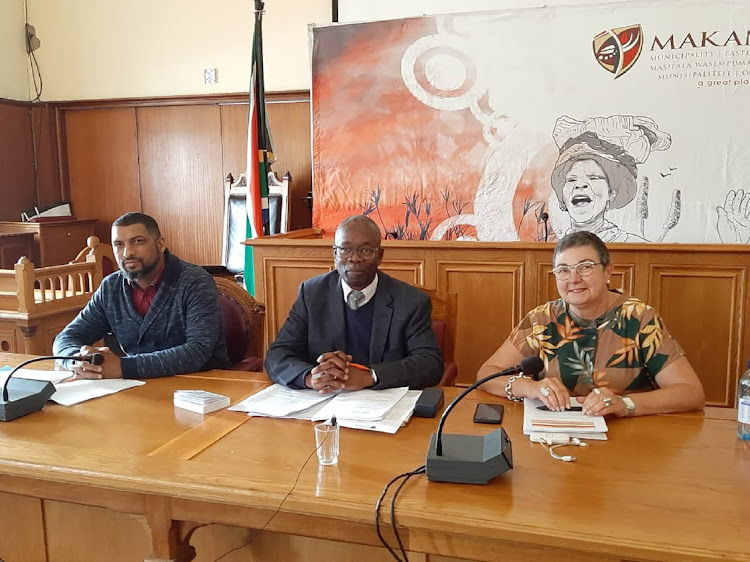 The Makana municipality intends, along with the provincial executive, appealing the judgment ordering the dissolution of its council.

This emerged at a press conference on Wednesday, which Makana mayor Mzukisi Mpahlwa called to “give our side of the story”.

“The legal opinion indicates that we can appeal and that is what we are going to do with provincial government.”

Mpahlwa said he could state unequivocally that the Makana municipal council and its administration had done its best within its financial and other constraints.

He said it was unfortunate that it was at a point when the municipality was on an upward trajectory that the court ruled that the council be dissolved.

Mpahlwa’s upbeat view comes in the face of the scathing judgment last week which found the municipality and its council were in breach of their constitutional obligations to sustainably provide basic services and a healthy and safe environment for the community it purported to serve.

Mpahlwa said the municipality was on a far sounder financial footing and was paying all its current creditors as the debts fell due.

It had plans in place to settle arrears creditors such as Eskom over a period of two years.

“The national and provincial treasury have commended the municipality for improving its financial  governance and budget management and we tabled our first funded adjustment budget in November last year.”

On Tuesday, Judge Igna Stretch said the municipality failed to provide services to the community and was thus in breach of the constitution.
News
1 year ago

Provision had been made in the budget to improve service delivery through repairs and maintenance and this would be seen in coming months.

Mpahlwa indicated the municipality had also improved its water supply and quality with further funded projects under way on both the water and sewage works, which would see improvements in 2021 and 2022.

Critically, he said that the financial recovery plan created after the last provincial intervention in 2014 had, in fact, been adopted by the council in 2015 and it had now been brought in line with the adjustment budget.

Asked why none of this had been presented to the court, Mpahlwa said they were taking this up with their legal team.

Both the provincial executive and the municipality seemed to concede in court papers, and in the argument of the Unemployed Peoples’ Movement (UPM), that the municipality was in a state of disaster in every sense from collapsed service provision to its finances.

But Mpahlwa said this was not the case they had wanted argued in court.

“We put together all the documentation and submitted it to our legal team. We are going back to them to try to understand why this information was not put forward to the court.”

He said he was confident an appeal would succeed when the appeal court heard the information that had been omitted.

The municipality does not get a second bite at the cherry when it comes to presenting fresh evidence.

A court of appeal can only consider the evidence that was before Stretch when she came to her decision.

Nevertheless, Mpahlwa said he was confident they would succeed on appeal as the judgment set a serious precedent which would mean almost every other municipal council in a similar situation faced dissolution.

The UPM’s Ayanda Kota was scathing in his response, saying the mayor’s statement bordered on the unethical.

“I reject what he says. You only have to live here to know nothing has improved.”

The provincial government must immediately dissolve the Makana municipality and appoint an administrator until a new council is elected, the high ...
News
1 year ago