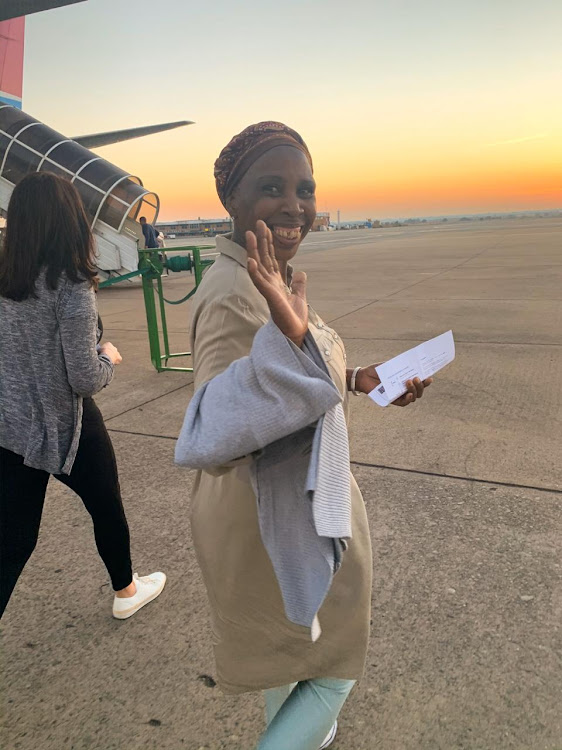 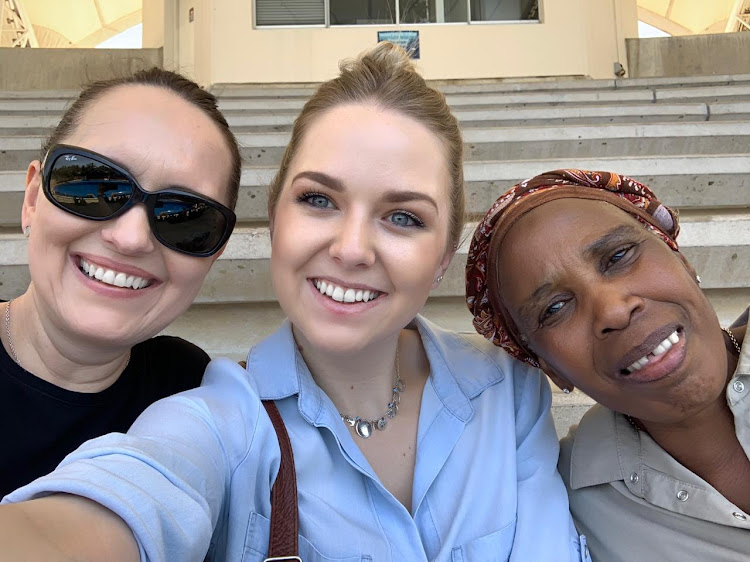 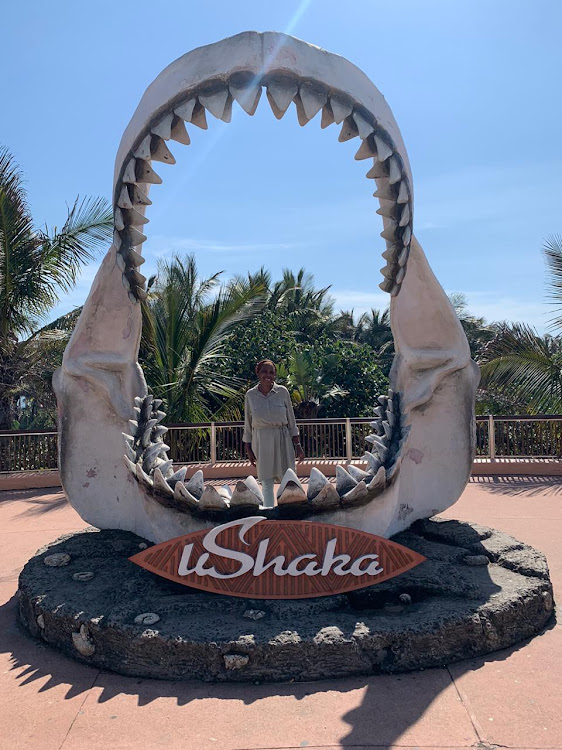 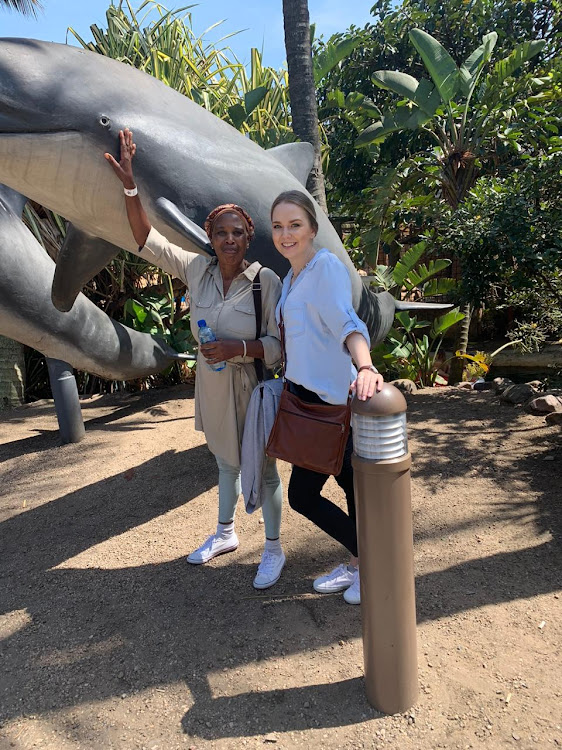 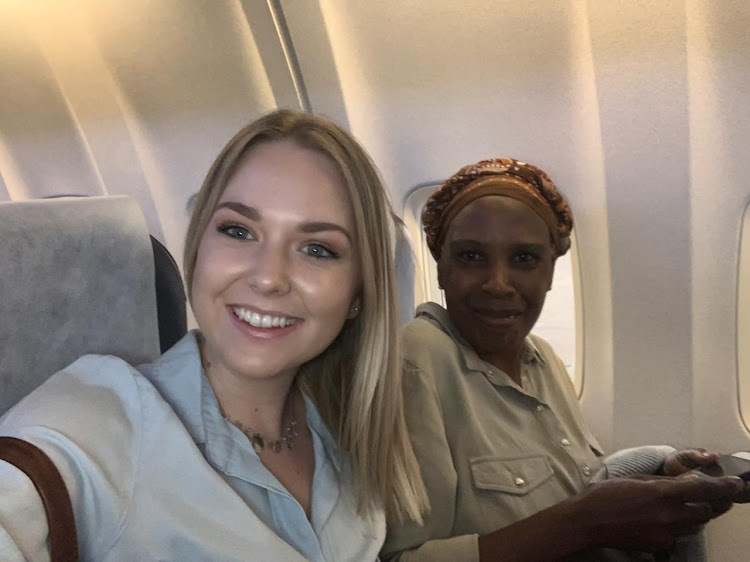 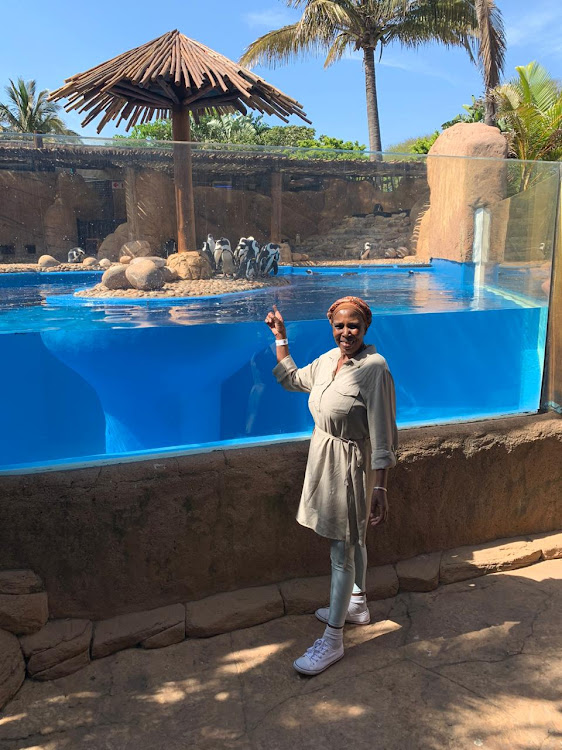 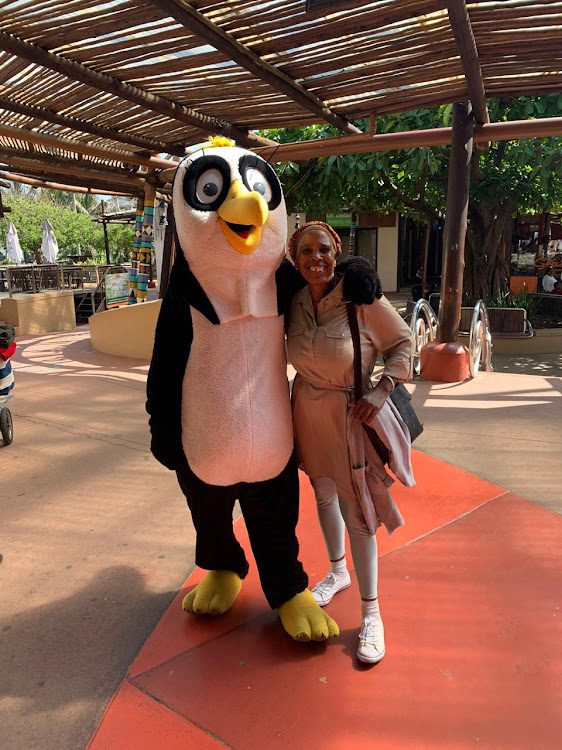 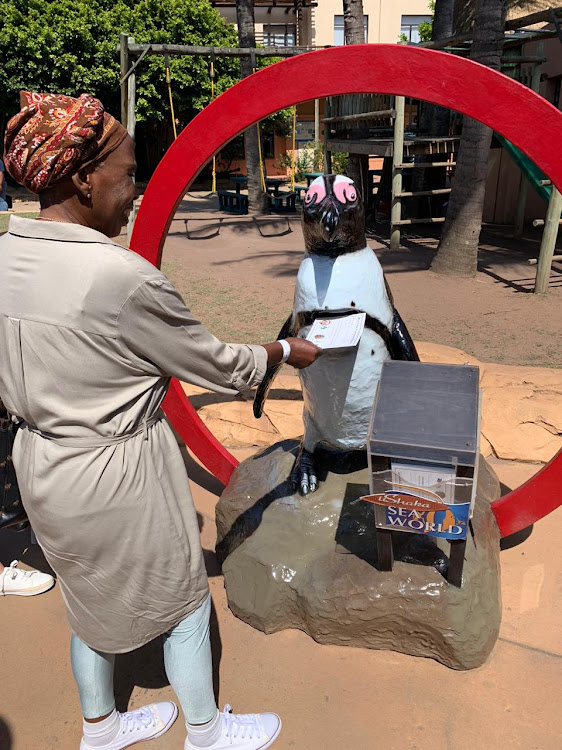 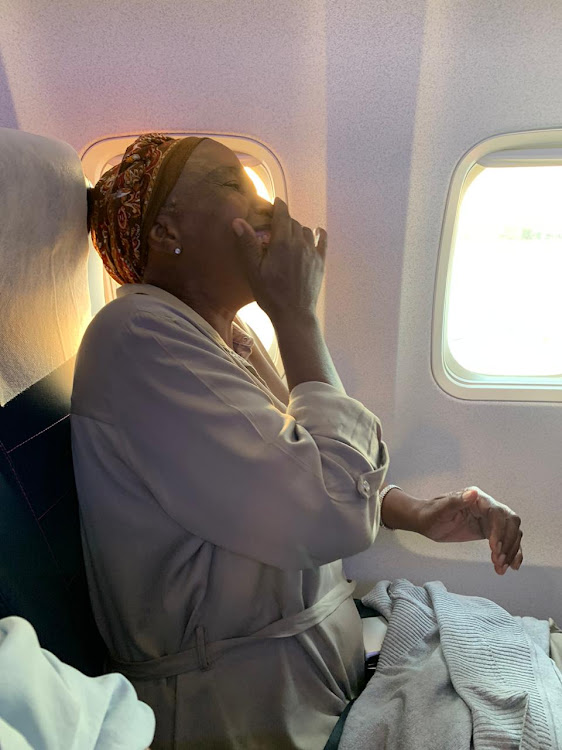 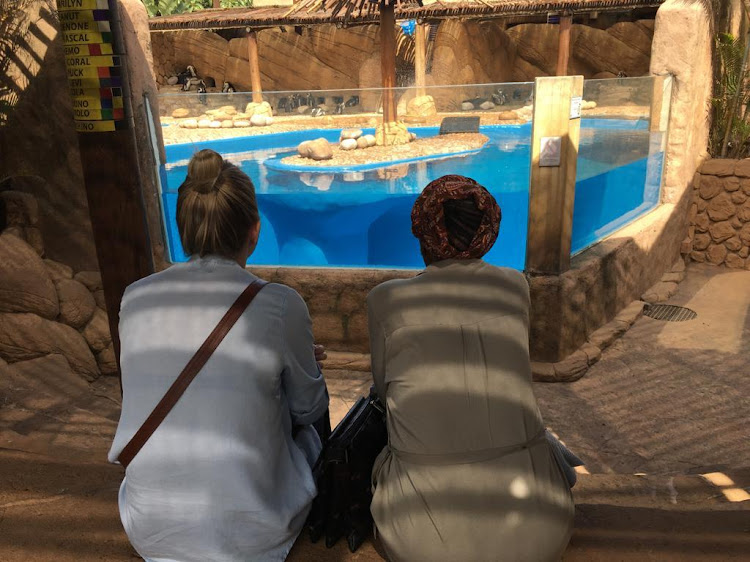 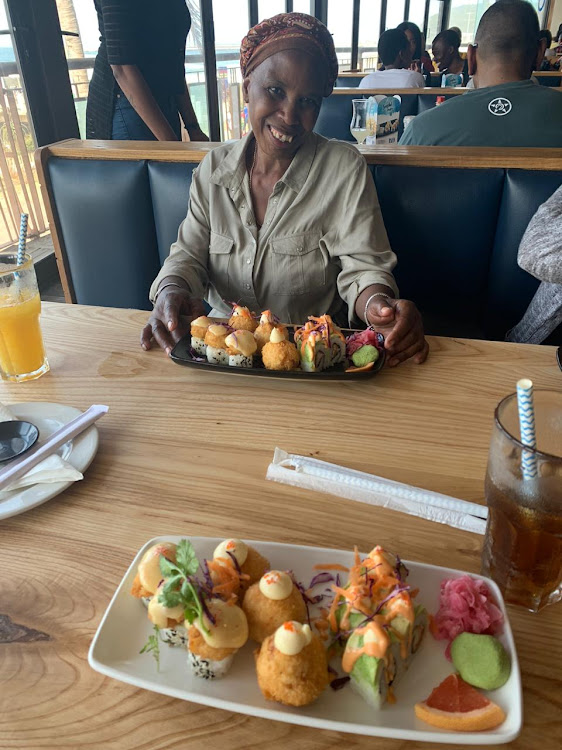 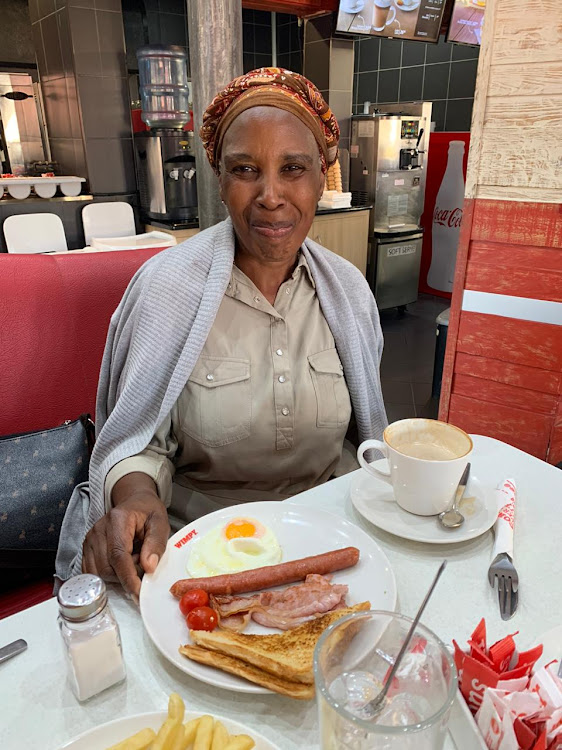 She sat in the window seat of the plane and said farewell to the City of Gold before jetting off to see her favourite animal- the penguin - in real life for the first time.

A Johannesburg family decided to treat their helper, Oscarine Ngceba, to an all-expenses-paid trip to Durban for her 60th birthday.

Ngceba has been working for the Bergers since July 22 1997 – a month after their daughter Jessica was born.

She helped raise Jessica and her younger brother.

South Africans were given all the feels this week after a recent graduate lived up to her promise and took her grandmother to the beach for the first ...
News
2 years ago

“My mom and dad told me that as I was learning to talk, I started calling Oscarine 'Occa' and that is what has stuck. Oscarine is my second mother.”

It was always a dream for Ngceba to fly on a plane.

“I think as a child you can’t quite understand the dreams of others. As a child you have dreams of being an astronaut, or being a doctor or even being something mystical like a dragon or a unicorn.

“As I got older, I realised that I can help Occa achieve her dream. I can help make her dream a reality. I told my parents about my idea, had it stuck in the back of my mind for a while,” Jessica told TimesLIVE.

A few weeks before her birthday on October 4 last year, Jessica shared her exciting plan with her parents.

“I thought, what better way to celebrate than to take Occa on an airplane. I told my parents my plan and they were just as excited as I was.”

She said her father, Michael Berger, suggested they plan a trip to uShaka Marine World in Durban for the day.

“For two weeks we had to keep this huge surprise a secret and it was honestly so difficult because I tell Occa everything. All I could tell her is that she must wear comfy clothes, that she can’t forget her ID and that we were picking her up at 4am.

“She kept asking me if we were going hiking up a mountain to see the sun come up.”

Jessica said her father drove them to the airport on October 12. She said Ngceba had “excitement written all over her” when she found out that they were going to the airport.

A nervous Ngceba clutched on to her window seat handle before the plane took off. “But as I told her to look out the window, all the nerves were gone and she was in a moment of total awe. She kept saying: ‘bye Joburg, see you later.’”

The pair took an Uber to uShaka Marine World and made a stop at Wimpy for breakfast.  After breakfast, they attended the first penguin show.

“She listened so intently to the talk. She got to feel penguin feathers as well as a model of a penguin egg. She couldn’t stop laughing, because she says penguins make the same noise as donkeys.”

They spent the rest of the day exploring uShaka and bought Ngceba a “beautiful red dress”.

“She was amazed by the jellyfish and size of the sharks and sea turtles,” Jessica said.

The model and businesswoman penned an open letter to black women, apologising for how they are treated
Lifestyle
2 years ago

After lunch, they went to the beach, but the wind got the better of them.

“It was extremely windy, so we walked down to the promenade and took some pictures with the sea in the background.”

“A day full of laughter, love and unforgettable memories was coming to an end. We ordered our Uber and headed back to the airport.

“Always use your heart for love and compassion and always use your ability to help others, wherever and whenever you can,” Jessica said.

Ngceba said it was the best “day in her entire life”.

“I have never been on an airplane. I was scared to fly. When the plane took off it was a feeling I can’t explain. Looking out the window, the roads became so small.

“The houses looked like small sheep from the sky and I couldn’t see any people because they were all far down.

“The best part for me was to see the penguins, to see the sharks and to see the sea. This was the most special day for me. I don’t even know what words to use to tell you how special it was. I felt like I was 16 years old this day,” she said.

“We buy in the same shops, we pay the same transport, so we must be treated like all workers and get the same minimum wage,” says domestic worker ...
News
2 years ago

She said her friends were in disbelief when they found out that she went to Durban in a plane.

“They were so happy for me. This family is like my own family. I got to go on the airplane with my other family. I will never forget this day.”

“A day filled with making memories with Occa, whose soul is so pure.”