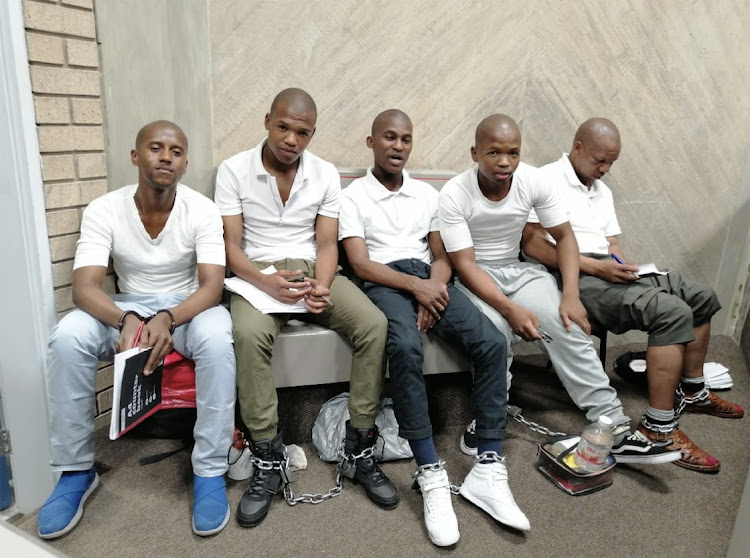 A Mancoba Seven Angels Ministries Church member charged with killing five police officers has accused another church member, whom he described as a “black sheep”, of being the culprit behind the 2018 attack.

Andani Monco, 32, who was representing himself in the Mthatha high court on Thursday, is one of five church members accused of the killings.

On Thursday, Monco painted Thandazile Mancoba as a criminal who caused the Mancoba family many problems.

Two days after the five police officers were shot dead at Ngcobo police station on February 21 2018, seven suspects, including three Mancoba brothers — Thandazile, 38, Xolisa, 37, and Philile, 33 — were killed by police at the church compound.

Thandazile was one of the church leaders.

Monco on Thursday cross-examined another church member, Lonwabo Poswa, 24 — one of 85 state witnesses — who has been in the witness box since Wednesday.

Monco asked Poswa: “Do you dispute that had it not been that Thandekile had attacked the police station and killed the policemen, Xolisa, Philile and the others would still be alive?

“Do you dispute that the church and Mrs Mancoba [the Mancoba brothers’ mother], as well as Xolisa and Philile, were not aware of or involved in Thandazile’s criminal activities?”

There were numerous disruptions on Tuesday in the trial of five Mancoba Seven Angels Ministry members accused of killing five police officers in ...
News
2 years ago

Poswa agreed they would still be alive and said the mother and the brothers were unaware of Thandazile’s crimes.

Giving his own evidence, Monco said he was “very close to Thandazile” but was uninvolved in the attack on the Ngcobo police station or killing the five police officers.

Poswa, describing the raid by police on February 23, said he was lucky not to have been killed.

“They [police] were in white double-cab.

“The did not utter a word but opened fire and shot at a group of young men who were near a fireplace in the church yard. They kept on shooting.

“But some of us managed to escape and went to hide in the mountain and Sixholosini village.

“Two policemen kept shooting towards me.

“I did not initially know that it was police, I thought that the church was under attack from gunmen,” said Poswa.

Poswa was later apprehended by Sixholosini villagers and handed over to the police on February 25.