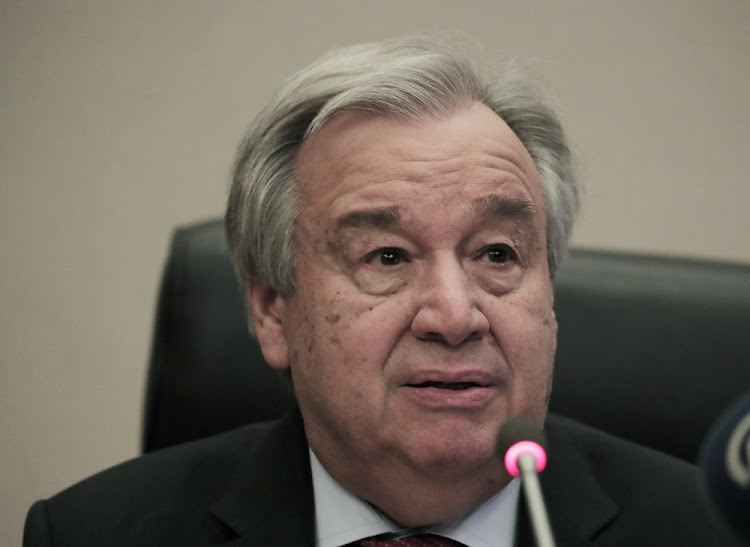 United Nations secretary António Guterres has called on the international community to play their part in rooting out money laundering, tax evasion and illicit flows of capital in Africa.

Addressing the African Union heads of state summit in the Ethiopian capital of Addis Ababa on Sunday, Guterres said that corruption was depriving the continent of resources that could advance its development.

“These have been depriving African countries of essential resources for development,” said the UN chief, who was attending the 33rd session of AU heads of state summit, due to end of Monday.

The Road Accident Fund (RAF) said on Friday that a legal officer was set to appear in the Durban magistrate's court on charges of corruption and ...
News
2 years ago

Guterres also urged African leaders to prioritise the empowerment of women on the continent, saying the affairs of Africa and other parts of the world remained male dominated.

Guterres, who spoke a few minutes before SA president Cyril Ramaphosa officially assumed the position of AU chairperson for the next year, said the development of African women should also start receiving special attention from the continent's leaders.

“We need meaningful engagement of women and girls.

“At the top of the mind is the question of poverty, we still live in a male-dominated world. That is why we've placed gender parity at the centrepiece of our reforms and gender equality and the advancement of women a top priority of all UN values.”

In his acceptance speech on Sunday, Ramaphosa also listed the economic empowerment of African women entrepreneurs as one of the top policy agenda items Turning to the issue of climate change, Guterres bemoaned the reality that Africa was the least contributor to climate change but was the most adversely affected by changing weather patterns.

Guterres also came out in support of calls by African leaders for the US administration to remove the government of Sudan from its list of countries sponsoring terrorist activities.

Sudan was placed on the list of countries sponsoring terrorism in 1993 after it surfaced that then-President Omar al-Bashir’s government was supporting terrorist groups.

The listing makes Sudan technically ineligible for debt relief and financing from the International Monetary Fund and the World Bank. Congress needs to approve its removal from the list.

Bashir was ousted in a military coup in April 2019 and a transitional government has since been put in place.