Egoli residents live with rats as sewage flows in streets 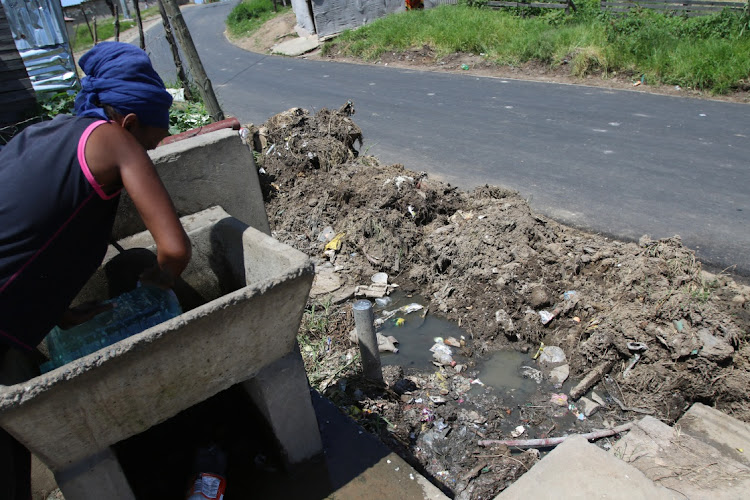 Egoli Community residents says their living are dire and they have to live in unbearable conditions despite their numerous complaint to the Municipality Picture: MICHAEL PINYANA
Image: MICHAEL PINYANA

Raw sewage running down alleys has become the norm for people living in Egoli informal settlement near East London.

The residents have had enough and are demanding Buffalo City Municipality puts an end to the stinking, rodent-infested conditions they live in.

According to residents, they have been forgotten by BCM with numerous complaints having gone unanswered.

Community leader Aubrey Lottering said they were stuck between a rock and a hard place.

“We do not know what to do any more. Children are playing in this dirt,” Lottering said.

He said toilets erected in the area three years ago had been vandalised and no longer worked.

“Raw sewage is flowing on the streets. The government must just do the right thing,” he said.

Ratepayers in Egoli are living in squalor due to overflowing sewage drains that remain unfixed despite submitting numerous reports to the metro’s ...
News
3 years ago

Resident Landile Makhwenkwana said: “We are unhappy because our refuse is not collected and rubbish is piling up on every corner of the informal settlement.”

He said the stench was creating “serious health risks to us and our children”.

When the DispatchLIVE visited the area on Friday, one could hardly walk through the pathways because of human faeces, much of it covered by flies.

The smell was unbearable. Flies and maggots covered the rubbish, while children played only a few metres away.

A large section of the community has only one water point and lacks toilets, forcing them to use the open veld which is dangerous at night.

Rooms at Walter Sisulu University’s Mthatha campus had to be evacuated on Sunday afternoon after sewage and water flooded the student ...
News
1 year ago

“The stinking and rotting rubbish is a cause for concern,” resident Mongezi Nkopo said.

Nkopo said because there were no bins, residents dumped leftover food in the alleys and in the road, which attracted rats.

“The sad part is our children often get sick and even my friend’s child had diarrhoea. Some had chickenpox as they played next to this dump.

“We need to understand why we are not given services; it is our right.

“No human or animal deserves to stay in a place like this where rats run everywhere.”

BCM spokesperson Samkelo Ngwenya said: “The issue has been submitted to the relevant department to investigate and correct any wrongdoing that they may find.”

An East London woman holds Buffalo City municipality directly responsible for her children’s poor health and for leaving her vegetable garden in ...
News
1 year ago