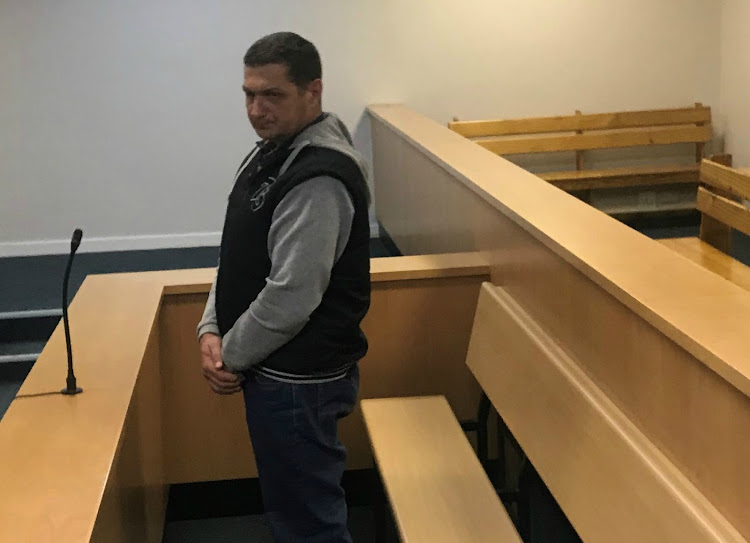 For nine months a bookkeeper at the Aurora Special Care Centre cooked the books so that he could pocket more than R1.2m meant for the mentally and physically disabled.

Johannes Gieselbach, a 44-year-old father of two, took to the dock in the Port Elizabeth Commercial Crimes Court on Wednesday, where he admitted to all 168 counts of theft levelled against him.

He sat quietly in the court passage until his matter was called.

Faced with a lengthy term of imprisonment — Gieselbach could be jailed for up to 15 years — his attorney, Ryno Scholtz, asked that sentence proceedings be postponed for the defence to obtain a correctional supervision report and a probation officer’s report.

Aurora, a non-profit organisation based in Walmer Downs, has not been able to retrieve the funds.

Gieselbach, who lives with his wife in Overbaakens, had hoped to walk away with a total of R1.9m unlawfully transferred from Aurora into his various bank accounts.

However, from time to time he would pay creditors out of the stolen money to keep them from asking questions.

He ultimately pocketed just over R1.2m.

Schoolgirl killed by teacher's car in Soshanguve, another raped in Tembisa

The Gauteng education department has lost yet another learner, while in a separate incident on Wednesday, a mentally disabled girl was raped.
News
2 years ago

In a guilty plea read out on Wednesday morning by Scholtz, Gieselbach told how he had substituted the banking details of Aurora’s creditors and suppliers with his own.

Once he had loaded the payments on the FNB banking app, he presented a hard copy of the payments and invoices to the centre’s general manager, Riesl Fick, for authorisation.

“I did not pay the creditors but unlawfully and intentionally substituted the banking details of Aurora’s creditors and suppliers with my own banking details after Fick had authorised the payments, resulting in the amount of R1.9m being paid into my said FNB bank accounts,” Scholtz said, reading his client’s guilty plea into the record.

The payments varied between R600 and R59,000, enabling Gieselbach to walk away with thousands of rand each month.

“In order not to get caught out, I paid the creditors on various occasions with the said stolen money.”

He said an amount of R692,000 was paid to the creditors during this period.

A bookkeeper accused of stealing over R4.3m over seven years from her former employers was granted R5,000 bail by the Fort Beaufort magistrate’s ...
News
3 years ago

Gieselbach had worked at Aurora between January 2016 and June 25 last year, when the allegations first came to light.

According to Aurora chair Colin de Villiers, when confronted with the allegations, Gieselbach immediately admitted guilt and tendered his resignation.

“At all relevant times I knew my actions were wrong and unlawful,” Gieselbach told magistrate Lionel Lindoor.

Though he has not yet told the court what he spent the cash on, Gieselbach admitted to misappropriating the funds.

The case was postponed to April 17 for arguments in mitigation and aggravation of sentence.

Though De Villiers could not be reached for further comment on Wednesday, he said at the time of Gieselbach’s arrest in September that Aurora’s solvency and viability was not at risk and that operations at the centre would continue as normal.