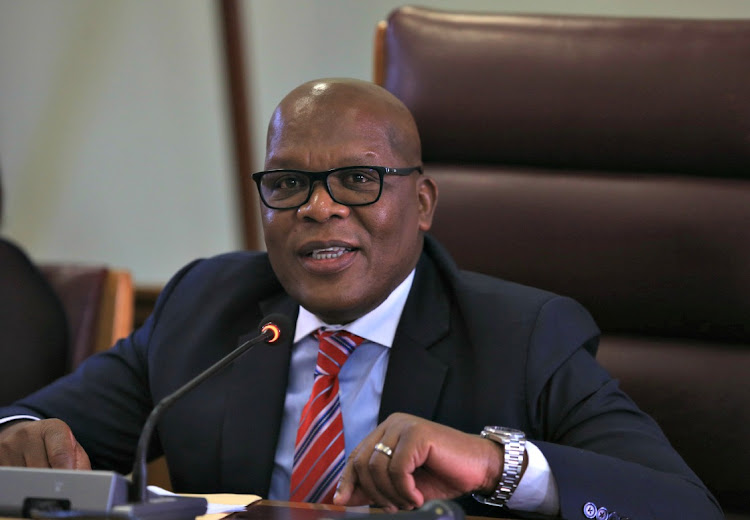 Buffalo City Metro has announced a series of drastic measures to clamp down on any potential spread of the coronavirus in the metro, among them the immediate closure of popular party spot Ebuhlanti.

The shutdown also applies to Eastern Beach and the East London Zoo and aquarium, though no timeline was provided for the closures when BCM mayor Xola Pakati revealed details of the plan at City Hall chambers on Wednesday.

Wherever possible, residents have been requested to pay their municipal bills online.

The municipality has established a committee to oversee the new measures. This comprises mayoral committee members, city manager Andile Sihlahla, all heads of city directorates as well as labour unions.

To date, no confirmed Covid-19 cases have been reported in the Eastern Cape despite the national figure standing at 116 at the time of writing on Wednesday.

Pakati said the city would set aside a budget to issue hand sanitisers, masks and gloves to municipal staff dealing with the public, while city offices would be disinfected  every two hours.

Pakati did not disclose the amount that would be set aside, but said the money would be redirected from the catering and refreshments budget.

The mayor said CFO Ntsikelelo Sigcau would co-ordinate the funds to “minimise misuse”.

Within days of its launch, the national health department’s WhatsApp-based helpline, Covid-19 Connect, has engaged with more than 1.5-million people.
News
1 year ago

Pakati said: “We will carefully monitor all the municipal offices that are responsible for daily interaction with the public such as licensing and bill payment offices to ensure that they do not become spaces for the spread of the virus.”

Council meetings could also be affected, but a final decision will be made in due course, Pakati said.

Pakati said the city discouraged events and activities where 100 people would be in one place at a time — an action in keeping with President Cyril Ramaphosa's directive issued on Sunday.

The mayor had noted panic buying was starting to set in across the metro, but urged residents to refrain from the practice. “While there is no confirmed case in the Eastern Cape, and in particular Buffalo City, we cannot sit comfortably because we know that our country is highly interconnected and there is movement within and across provincial and municipal boundaries daily.

“This means that we should be highly prepared for any eventuality and ensure that we work together to contain it. The committee will meet regularly to implement measures that are aimed at containing the virus within the municipality and across Buffalo City metro.”

Queried as to whether BCM would enforce the law on crowds of more than 100 people, Pakati said people were required to use their discretion, taking into account the importance of containing the virus. @We are trusting that event organisers and religious organisations will heed the call of the president and ensure that activities are contained during this period.”

Covid-19: Cruise ship free to sail from Cape Town after quarantine is lifted

Transnet has lifted the Covid-19 quarantine on two ships at Cape Town harbour, which are now free to depart
News
1 year ago

Pakati said in the event that organisations using City Hall failed to comply with the directives, the metro “would refuse granting the approval for the use of its facilities”.

He called on people attending funerals to keep their numbers to a minimum.

He said the city would drive an aggressive awareness campaign through the media, social media and the strategic placing of messages across the city.

Pakati has suspended officials' travel outside the city, except in circumstances deemed exceptional. This would require the city manager's approval.

He said members of the public wanting to visit the Gonubie and Kiwane resorts would be required to sign a declaration form on their condition of their health.

In respect to other parts of the province,  Eastern Cape Parks Tourism Agency CEO Vuyani Dayimani said on Wednesday the agency encouraged “all tourists who booked in their 11 provincial reserves over the four weeks to postpone their trips within the next 12 months”.

At her Bhisho offices on Wednesday, health MEC Sindiswa Gomba  held information sessions with hundreds of health department workers on how to deal proactively with any potential outbreak of the virus. “It is important for the staff to understand the basics of preventing coronavirus from spreading and at the same time take care of themselves. They are the ones who will be on the front line,” said Gomba.

She said the Eastern Cape had  many rural areas that could be affected if the contagion arrived there.

“Poor people with nothing go to government clinics when they are sick, but are our clinics ready? The Eastern Cape is not a province that is ready to combat the virus. We know our situation and we know our constraints in the budget,” she said.

But she told her staff it was important that they kept their heads and did not become paranoid.

“Here (in the Eastern Cape) shelves are empty, everyone runs to buy sanitisers and some of us are wasting money. As  foot soldiers let us promote handwashing,” she said.