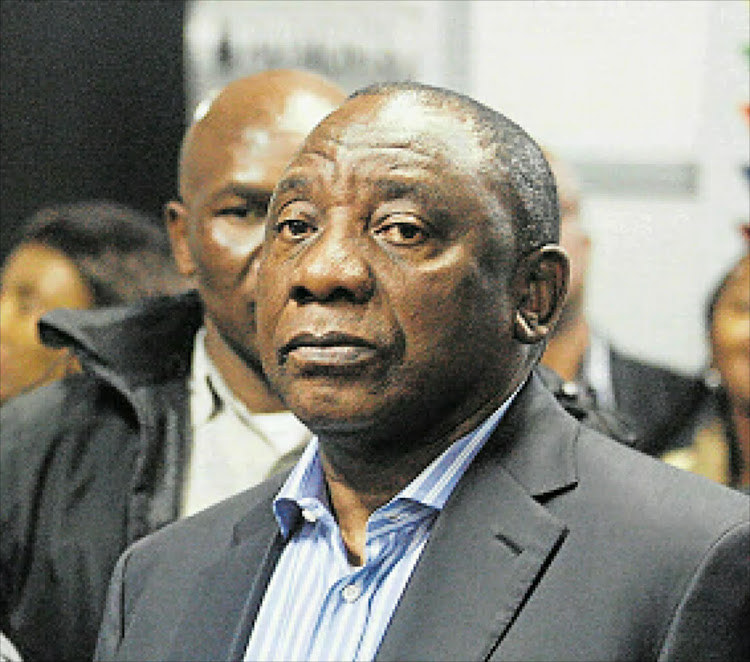 South African President Cyril Ramaphosa has tested negative for coronavirus, the presidency said in a statement on Thursday.

President Cyril Ramaphosa has tested negative for the coronavirus, his office confirmed on Thursday.

Ramaphosa, according to his spokesperson Khusela Diko, decided to test for the global pandemic as a precautionary measure after receiving advice from his physician on Tuesday. He received his results last night.

As it stands, there are at least 709 confirmed coronavirus positive cases in the country and Diko said that as head of state, Ramaphosa engages with people from all walks of life.

“In line with international guidelines as well as those of the national department of health, testing is recommended if you experience symptoms, if you live in or recently travelled to an area with ongoing spread of COvid-19 or if you have been in close contact with someone known to have Covid-19,” Diko said.

Sowetan revealed last week that there were fears of exposure to the virus in the Presidency after a staffer was sent home for self-isolation and testing.

This emanated from an internal email sent to the Presidency staff, which Sowetan has seen, which said that the staffer had reported to the manager that they may have come in contact with someone who has now tested positive for the novel Covid-19.

“There was a staff member who reported to their manager that they may have crossed paths with someone who has tested positive the coronavirus,” the email reads. “This member of staff has gone for testing with support staff of the Presidency.”

Diko at the time confirmed the details and said the person was an intern working in the office’s finance unit. “Yes we can confirm that an intern in the Finance unit in the Presidency reported that he may have crossed paths with someone diagnosed with the coronavirus,” Diko said.

“The employee himself has not been diagnosed with the virus nor is he exhibiting any symptoms thereof.” She said that the intern along with the immediate colleagues were sent home and would self-isolate and only be allowed to go back to work after testing and observing the prescribed 14-day quarantine period. “As a precautionary measure, the employee and others in the unit in which he works were directed to go home and self-isolate until they have been tested for the virus. “Any further action will be taken once they have been tested and their results are known,” she said.

According to Diko, they decided to release the results of Ramaphosa to assure the nation that he was not at risk or a risk to others as he his results were negative.

“The Presidency has deemed it necessary to make the rest results public to reassure the nation that the President is in good health and continues with his duties.

Ramaphosa this week announced that the country would go into a nation-wide lockdown from midnight tonight in an attempt to stop the spread of the virus."