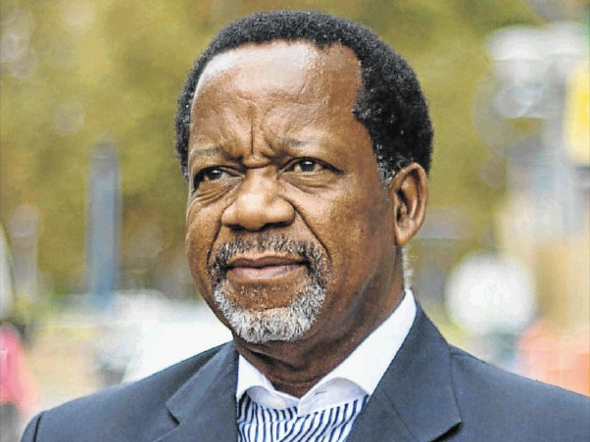 Reverend Kenneth Meshoe, the leader of the African Christian Democratic Party, has tested positive for Covid-19.

And so did Steve Swart, the party's chief whip in the national assembly.

This was revealed by the party's deputy president Wayne Thring on Friday, just days after the ACDP had announced that Meshoe was in self-imposed isolation having shared close space with people who later tested positive for Covid-19, the respiratory illness caused by the coronavirus.

Meshoe and Swart had attended a prayer breakfast at the Divine Restoration Ministries in Ribblesdale, Bloemfontein, on March 10 and 11. The prayer breakfast took place before the 100 people gathering limit was imposed by President Cyril Ramaphosa on March 15.

Several other people who were part of the church gathering have since tested positive for Covid-19.

It's been previously reported that five visitors at the breakfast, two from the US, two from Israel and one from France, started to feel unwell over the weekend of March 14 and were tested for coronavirus. They later tested positive.

“It must be mentioned that during this period, Rev Meshoe, who displayed no symptoms of the virus, was not aware of the health status of the visitors at the prayer breakfast and hence attended the briefing of political party leaders, on March 18, hosted by President Cyril Ramaphosa at Parliament.

“The ACDP president was only subsequently informed about the results of the visitors’ tests on March 20,” said Thring.

“He immediately went into self containment and made himself available for testing, where he was tested by the health department on Sunday, March 22," he added.

In Swarts case, he got tested on March 23 after having "mild flu-like symptoms".

He said that despite testing positive for Covid-19, Meshoe displays no symptoms and remains in good health. Swart is also recovering well.

Both have been self-isolating.

Thring decried the five-day waiting period before Meshoe got his results, saying this had placed unnecessary stress on him, and his family, and has also resulted in unwarranted speculation in the media.

He also expressed regret with regards to media houses who reported that the two MPs had tested even before they were tested.

“This contradicts the media ethics code and caused much trauma to their families and colleagues. The press has the responsibility to disseminate information that is true, factual and accurate,” said Thring.

Thring revealed that Ramaphosa has been in touch with Meshoe and has given support to the Meshoe family during this time.

The presidency announced on Thursday that Ramaphosa had tested negative for the deadly virus.

We are pleased that President Ramaphosa has tested negative.

On Thursday, health minister Dr Zweli Mkhize said two people have died from Covid-19 in SA, both of them in the Western Cape. There had been more than 1,000 positive cases recorded in the country.