Plan to move 2,000 people out of Duncan Village 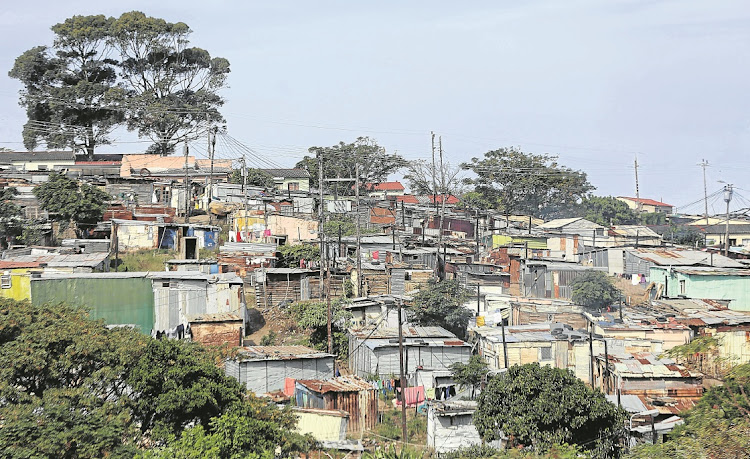 Some Duncan Village residents will be temporarily relocated so that the area's inadequate sewerage system can be overhauled.
Image: FILE

More than 2,000 Duncan Village residents will be temporarily relocated so that the area's inadequate sewerage system can be overhauled. There could also be a short-term relocation of people in Dimbaza.

The plan, which will be submitted to human settlements, water & sanitation minister Linidiwe Sisulu and Eastern Cape human settlements MEC Nonkqubela Pieters on Thursday, was disclosed to DispatchLIVE by Buffalo City metro mayor Xola Pakati in an exclusive interview on Wednesday.

The measure is aimed at mitigating the impact of the Covid-19 outbreak.

The 2,000 residents will be temporarily housed on land in the same precinct as the township.

Construction work on the temporary area would likely begin at the end of the 21-day lockdown.

Because construction workers were not classified as essential workers, the work would have to begin after the lockdown ended, Pakati said.

Asked what would happen if the virus were contracted by a Duncan Village resident in the interim, the mayor said: “The construction is going to start immediately after the lockdown because for now there is nothing that can be done.

“Everything has been done from our side. The construction won't block Covid-19 from spreading, even if it were to be done now.”

Buffalo City Metro has received a R340m boost in its fight against Covid-19, money which will be used to “evacuate” its densely populated communities ...
News
1 year ago

The money to pay for the Duncan Village operation will be paid from the R340m urban development settlements grant that BCM received from Sisulu's department at the weekend.

Pakati's radical plan also recommends removing some of Dimbaza's shoddily built homes. These houses were built as far back as the 1960s.

The coronavirus flourishes in densely populated spaces such as Duncan Village.

DispatchLIVE reported that, according to Chinese research, people can contract the virus by coming into contact with faecal matter from someone who has tested positive.

Pakati said the municipality would include other high-density communities in its plans, but not from the R340m.

“In the immediate (future), we are planning to remove 2,000 people from Duncan Village to temporary residential areas,” Pakati said, adding a contractor had already been appointed.

He said the affected homes would be demolished and once the temporary site had been completed, people would start moving in.

“We've completed our plan on how we're going to do the de-densification of Duncan Village.”

He described the sewerage infrastructure in Duncan Village as dilapidated following years of neglect.

“In Dimbaza, we have the challenge of poor structures. But we have not yet quantified the Dimbaza project.”

You can get Covid-19 from raw sewage

New research that strongly suggests the coronavirus can spread through faecal matter has raised concerns among residents of Eastern Cape townships ...
News
1 year ago

The project was meant to see an initial group of 5,500 people moved to a temporary housing site.

On Sunday, Sisulu's office confirmed to DispatchLIVE that her department had transferred R340m to BCM.

He said: “It’s very encouraging that the government is taking seriously the plight of the people of Duncan Village, who live in overcrowded conditions.”

However, the city should “not make rushed decisions, like moving people to new land far from where they want to live”.

“It’s not clear yet where these people will be relocated to. A permanent solution to addressing dilapidated sewerage systems and overcrowding will take time and lots of community participation. In the short term, focus needs to be on immediately improving access to basic needs like water, toilets and food. The rest can follow later.”

Municipal wards that have a high risk of contagion and death rates are predominantly in the Eastern Cape and KwaZulu-Natal, where the demographics of poverty, HIV and old age conspire against inhabitants in the fight against Covid-19.

Municipal IQ, a local government data and intelligence organisation, said on Wednesday that it had compiled two Covid-19 indices, which would be made available to any individual or group fighting the spread of Covid-19 in SA.

One index maps vulnerability to contagion, or spread of the disease by close contact (based on living standards by wards) and the other maps possible death rates by ward (based on age and sex profiles of ward).

Kevin Allan, MD of Municipal IQ, said the wards with the highest risk of contagion were in KZN, the Eastern Cape, North West and Limpopo.

He said as would be expected, vulnerability to contagion overlapped closely — but not absolutely — with poverty.

“As infection rates increase, identifying and targeting areas most susceptible to infection is critical for the optimal deployment of resources to contain the spread of the virus,” Allan said. — Additional reporting by TimesLIVE