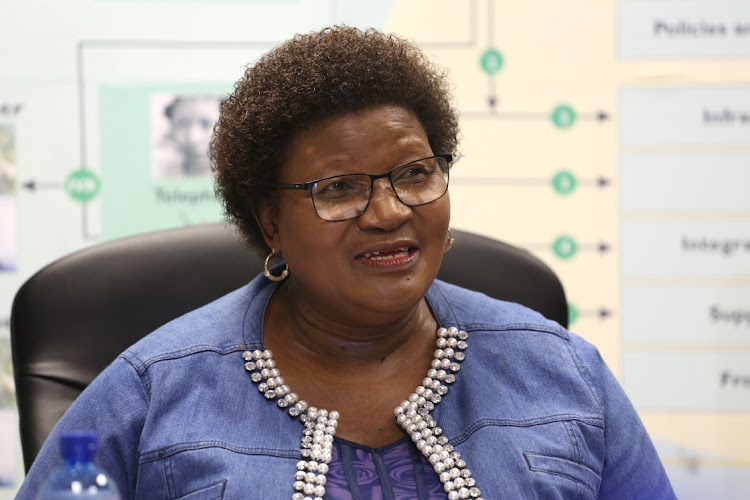 A Duncan Village man feared to have Covid-19 has apparently refused to be tested, with the health department saying it was investigating this.

Health MEC Sindiswa Gomba told DispatchLIVE they were tracing the man. The province now has 25 confirmed cases of the virus, with the figure standing at 1,585 nationally at the time of deadline on Sunday.

In a similar case where a Unit P man was feared to have the coronavirus, tests came back negative, with Gomba saying the man only had flu.

The MEC said the Duncan Village man would be traced and tested after his girlfriend told authorities that he had symptoms consistent with the coronavirus.

The fears in Duncan Village come after a voice message from councillor Ayanda Mapisa went viral on social networks. In it she tells a friend, Bongiwe Nobanda, that she had been alerted to the man who possibly had the virus.

The community asked her to organise a police van to force the “sick man” to get tested.

Mapisa said she made attempts to speak to the man and urged him to visit a hospital before calling an ambulance to transport him.

In the voice note, Mapisa said: “I did my part as a councillor. What I would never do is go to the police station and bring a van.”

In the message, Mapisa then blames Gomba for not replying to her messages.

“I don’t know what to do, they [the man and his family] have refused [help].”

Buffalo City Metro has said they will relocate some residents from densely populated Duncan Village and Dimbaza as a measure of controlling the spread of the feared virus.

The South African Cemeteries Association (Saca) has called on municipalities to plan for the potential demand for cemetery and cremation services as ...
News
2 years ago

Gomba hit back at Mapisa, saying her voice note had caused unnecessary panic.

“Now those voice notes are circulating and in the process compromising everybody. She neglected her role that she ensure that that person is tested, if there are some challenges.

“We know Duncan Village issues, we don’t have to put people under stress because if they decide to take it into their hands they might have backup and basis ... from the voice note of the councillor.

“We do not expect that from a councillor because a councillor is a first line of defence from the people that voted for her. The case is under investigation,” Gomba said.

Every case was treated as negative until test results proved otherwise, she said.

“The person himself has not tested,” Gomba said.

Speaking to DispatchLIVE, Mapisa said she had no malice in sending the voice note as she had only sent to her friend privately.

She said she had met the man’s girlfriend last Thursday and organised an ambulance to pick up the boyfriend the same night.

“The paramedics called on Friday morning and said the man did not want to go with them. If he does not want to go, it is his right. I have done my part and even the MEC [Gomba] is aware.

“I am getting calls from the community saying they are scared because this person is roaming around the community.

“They sell meat where they live, the place is always overcrowded. It is wrong for people to circulate information that someone is positive without being tested.”

DispatchLIVE previously reported that according to Chinese research, the coronavirus can spread though faeces. In an area like Duncan Village, which has had a broken sewerage system for decades, this could be catastrophic.

Butterworth Hospital management had to be called to the Kei Bridge roadblock on Thursday afternoon after a woman who had shown symptoms of Covid-19 ...
News
2 years ago