JUSTICE MALALA: Whatever horror Covid-19 brings, this is the hour our heroes stepped up 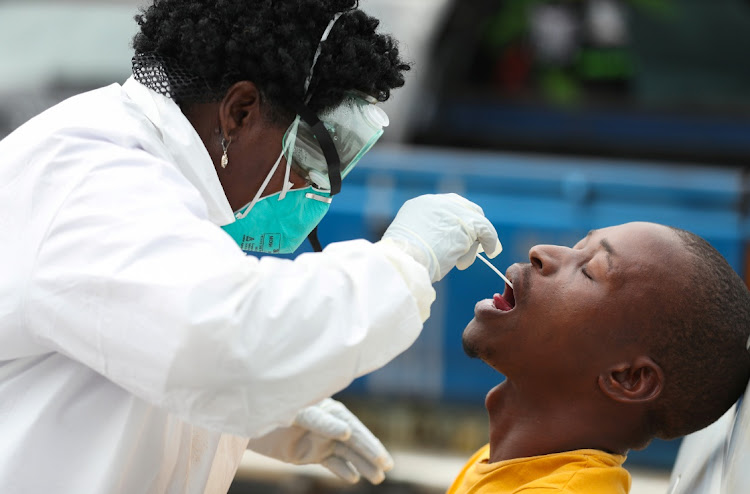 FIGHTING BACK: A medical staffer swabs the mouth of a resident as she is testing him for the coronavirus during a nationwide lockdown to contain the Covid-19 outbreak, in Alexandra, South Africa.
Image: SIPHIWE SIBEKO

One day we will look back on this time and ask ourselves: how did we come through it? That is when we will remember the heroes. There will be many, but each one of them will be worth remembering.

We will tell our children’s children about the wondrous human solidarity of the time of lockdown 2020, when a virus ravaged the world and threatened to destroy – and indeed changed – our way of life. Perhaps then, when we tell these stories, we will have changed enough to be more sensitive to the plight of the poor. Perhaps we will care more for the Earth we had polluted with impunity before then. Perhaps we will value ordinary workers more than we did before Covid-19 hit.

It is not easy to corral 57 million people into doing something together for the sake of humanity. Yet, with all the lawbreakers and the negative incidents and our disappointments with our fellow human beings, we will tell our children that South Africans came through. These were the heroes: the vast majority of citizens who heeded the call to stay at home. While many fretted about not being able to make a living, not being able to educate their children, not being able to rustle up something for the pot that evening, they stayed home nonetheless. 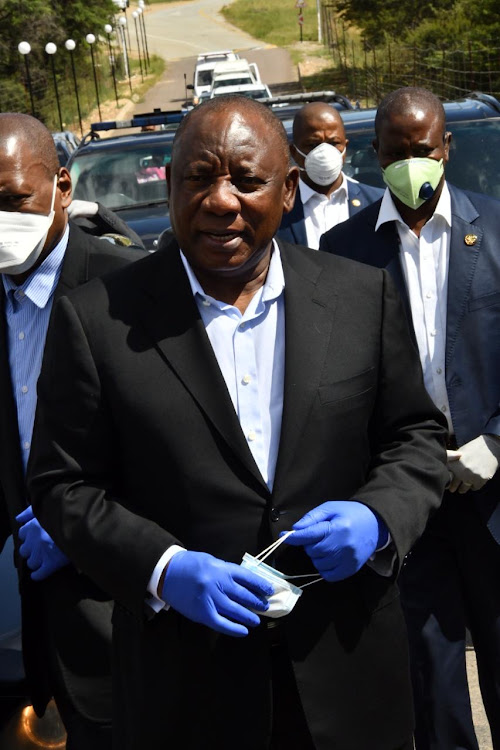 His moment has come President Cyril Ramaphosa was deliberate, measured, inspirational and decisive as he led his cabinet and the country through uncharted waters.
Image: Elmond Jiyane/GCIS

They stayed home in their millions in villages, towns, shacklands, townships, suburbs and cities because they believed their leaders when they told them that the only way to survive the horrors of this pandemic was to break the transmission of the virus from one person to the next. From Gogo Msibi in a village in the KwaZulu-Natal Midlands to Ntate Mothibi in North West, they stayed home. Accountants in Sandton groaned about not being able to go for their run. Yet they stayed at home. Civil servants in Phiri, Soweto, fretted about not being able to get their groceries or not having their daily cigarette fix, yet they stayed home. Poor people had to beg and borrow from neighbours because there was no food on the table. They stayed home.

There were things that made the blood boil. The police driving through Hillbrow beating up people. The small street food vendors shut down for no reason. Mom-and-pop shops in townships that sell that staple food – the kota or sphatlho – shut down. The homeless. The homeless. So many homeless, revealed to shame us all, in temporary shelters.

People stayed home. The streets were empty, like some dark post-apocalyptic movie. Factories stood idle. Highways whistled as the wind rushed over the empty tarmac, the dust settling in. People stayed home. These were the heroes of Covid-19, for to stay home was the ultimate patriotism, fighting an invisible enemy in solidarity with your fellow citizens.

Thankfully, the country had a leader who seemed to have been waiting for just this sort of crisis.

Then there were the healthcare workers. In their hundreds of thousands they got up every morning and went to the hospitals and the laboratories and the clinics and they faced danger and possible death to help heal their fellow citizens. Many contracted the virus. Many had to make the tough decisions – put a young person on a ventilator and let an old person die? Doctors wept, making impossible decisions. Then they worked nightshift, again and again. They were the heroes.

We will remember that there were so many heroes. People bringing friends urgent, necessary medication. Soldiers helping the elderly. Cops coming to the rescue of abused women. They were not the people in the headlines. They were ordinary people fighting the virus.

SA did not have the money to help cushion its economy after the crisis. That had all been stolen and mismanaged during the Jacob Zuma era. Thankfully, the country had a leader who seemed to have been waiting for just this sort of crisis. President Cyril Ramaphosa, after two years of being coaxed to act, was deliberate, measured, inspirational and decisive as he led his cabinet and the country through uncharted waters.

In the late 1990s and 2000s the SA government had refused to follow leading scientists’ counsel and instead placed its faith in quack solutions to deal with HIV. This led to the explosion of HIV cases in the country. This time the minister of health, Zweli Mkhize, made the country proud as he followed the leading scientists of the world on defeating the virus. From being pilloried for hiring his niece as his chief of staff and for an opaque, unclear plan to launch the National Health Insurance scheme, the man came into his own.

He listened to counsel. He spoke clearly on the principles and the medical aspects of the pandemic. When the hour came, he was not only present but was at the battlefront. SA could not have hoped for a better health minister at such a time.

Many across the globe will remember Covid-19 in many different ways. For us, at least judging by these first few weeks of response, we must celebrate it as a time when our people, our professionals and our leaders made us proud to be South African.