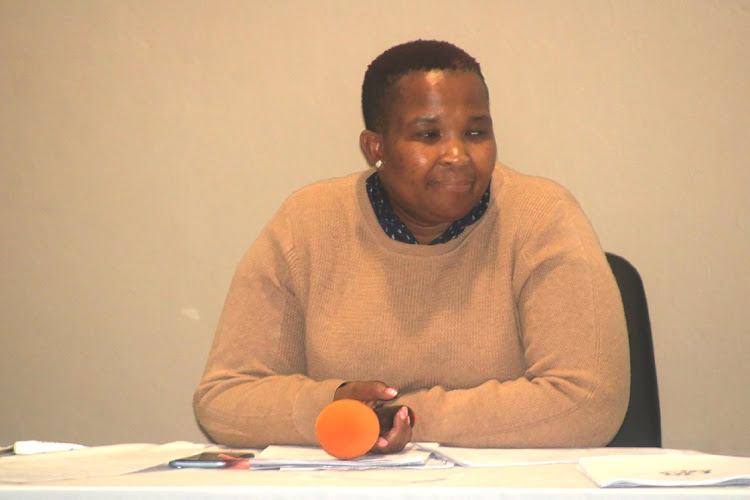 The video, which was posted on the municipality’s Facebook page, shows at least 20 people not wearing masks or gloves, even though they are seated a chair away from each other in an effort to observe physical distancing.

The DA claims that none of those in attendance was wearing protective gear and that no distancing was practised. Nhanha said government regulations regarding Covid-19 “are categorically clear that only funerals of no more than 50 people are allowed. Social gatherings including church gatherings are forbidden.”

Nhanha claimed that Capa’s actions would further perpetuate a stereotype in the area that the coronavirus was nonexistent or that only certain race groups are vulnerable to the disease.

Nhanha said these “reckless actions undermine efforts to fight the Covid-19 pandemic, and also place staff members in real danger of contracting the virus and exposing their families”.

On Saturday, the EFF in Chris Hani district laid criminal charges at Mlungisi police station against ANCYL regional chair Zithulele Sigonyela and an

'Going to see the mayor': motorist's excuse to mayor at Joburg roadblock

The City of Johannesburg has arrested 62 people for breaking lockdown regulations during the Easter weekend.
News
1 year ago

The duo allegedly organised a gathering on Friday where they handed out food parcels to more than 100 individuals, a gathering described by the EFF to be in contravention of lockdown regulations, and protective clothing such as masks and gloves were allegedly nowhere in sight.

The ANCYL food handover event at Thobi Kula Indoor Sports Centre was held in conjunction with the Pakistan Muslim Community.

Lindani Mdlokolo, who described it as “canvassing for votes at the expense of destitute people”.

He called for the two to be jailed and for Zicina to resign as a public representative, saying their behaviour was “a threat to our communities”.

Neither Sigonyela and Zicina could be reached for comment on Tuesday. However, in a Facebook post Zicina, confirming that food parcels were handed over to 105 people on the day, insists lockdown regulations were adhered to. Zicina said the beneficiaries entered the hall in groups of 50 and that distance was observed. He said police had been informed and attended the event to check whether regulations had been followed.

Mdlokolo could not provide a case number, saying it was yet to be given to them. National police spokesperson Brigadier Vish Naidoo confirmed a case had been opened in Flagstaff.

“With regard to the Flagstaff case, we can confirm that a case of failure to be confined to residence during lockdown has been opened and is under investigation.

“No arrests have been made yet and the docket will be taken to the senior public prosecutor for a decision,” said Naidoo.

Mdingi could not be reached for comment. Capa referred questions to municipal spokesperson Zamuxolo Matwasa who confirmed that such a sermon did take place.

Police investigators have met with suspended communications minister Stella Ndabeni-Abrahams and prosecutors over her apparent breach of lockdown ...
News
1 year ago

Matwasa said this was “not a church service, but a sermon” which was supposed to have been broadcasted on InkonjaneFM, “but due to their failure to have proper broadcasting equipment for visual broadcasting, it was agreed that the sermon be hosted in our facility”.

Even though the video shows that no one wore a mask on the day, Matwasa denied violating lockdown regulations, saying all precautionary measures were taken, including the provision of masks, gloves and sanitisers.

He refused to be drawn into commenting about whether the gathering was illegal, only saying “if it was illegal, we apologise to our communities.”